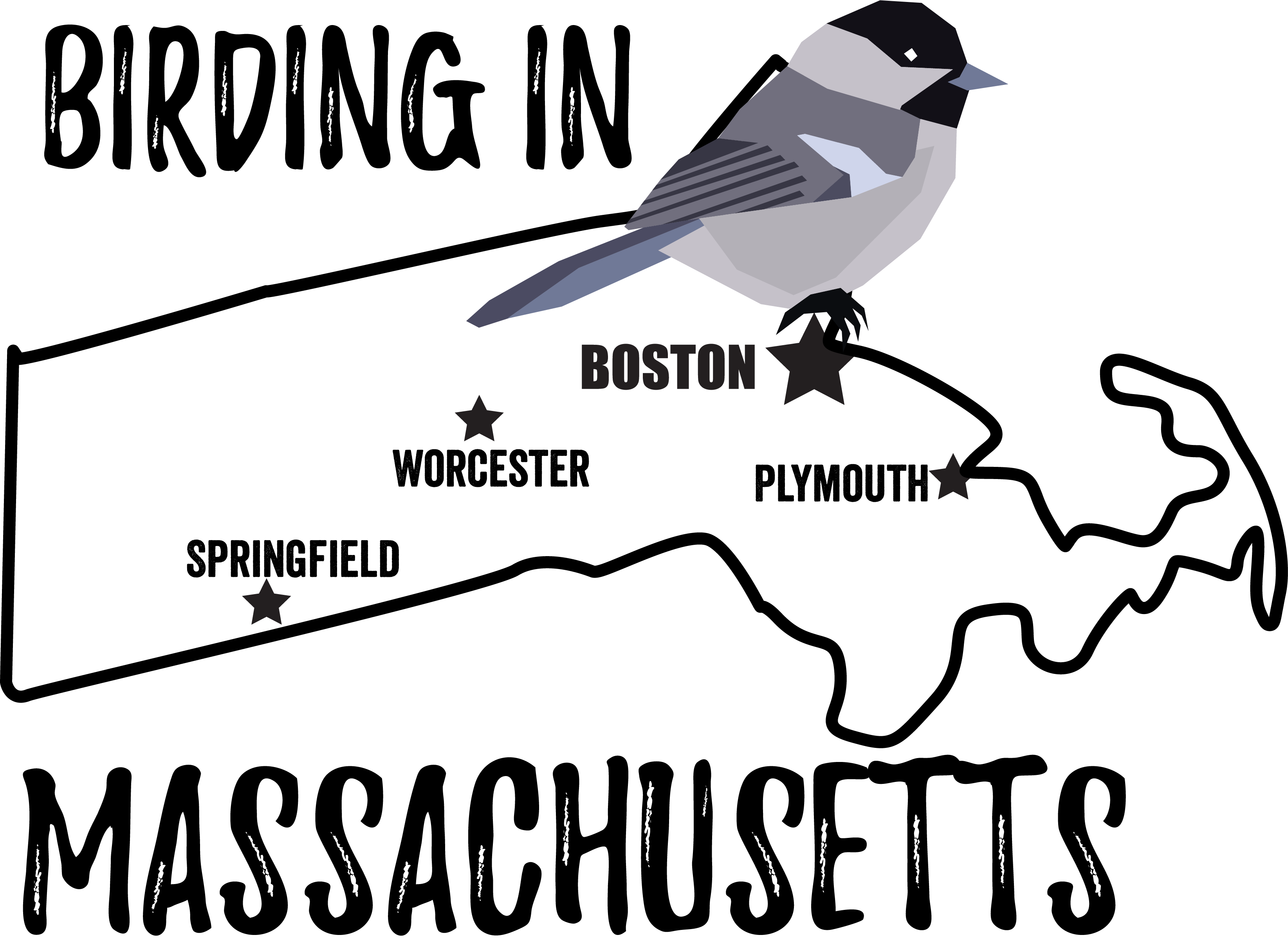 Massachusetts is a small state that is home to passionate birders. It is partly due to the fact Ludlow Griscom, one of the legendary names of ornithology began from here. The Atlantic coast is a particularly favorite spot of birders due to its rough shores, and beaches.

What Is the State Bird Of Massachusetts?

Sharing a state bird with Maine, Massachusetts dubbed Black-Capped Chickadee as its state bird in 1941. It’s also the state game bird. It’s not a bird keen on migration so if you visit for birds in Massachusetts, you’re bound to come across it. This small bird species is quite sociable and they have a distinct call that helps you identify them.

What Are The Top Spots To Go Bird Watching In Massachusetts?

Halibut Point State Park, north of Cape Ann, is loved by birders because of the group of seabirds that visit the area. The extensive lists of birds spotted here include Common Eider, Northern Gannet, Black-legged Kittiwake, Thick-billed Murre, and many more.

Parker River National Wildlife Refuge is not only a famous birding destination in Kentucky but also popular in the entirety of Northeast. About two-thirds of the refuge is salt marsh, with Snowy Owl, Short-eared Owl, Dovekie, etc seen in the area, especially during late spring.

How Many Birds Can You See In Massachusetts?

503 species spotted and counted among the birds in Massachusetts makes it among one of the states with the highest bird counts. In Barnstable, you’re likely to come across 432 of them. Essex isn’t far enough with 430. Plymouth has seen 391 while Dukes and Nantucket share the count of 382.

Parker River NWR and Plum Island are both the most sought after hotspots for birds in Massachusetts with 363 bird species in both cases.  Manomet Inc. is a bit lower with 310. These hotspots are where you might want to go if you want to see the endangered species.

Top Birds To See In Massachusetts

The White-tailed Kite has an overall white plumage, with black colored shoulders and gray undertones in the upper portions. It’s hard to take your eyes away from these species!

If you come across a Gyrfalcon, consider your birding journey in Massachusetts successful. The tri-colored species – namely, white, gray, and black mingle and morph throughout the bird’s body magnificently.

Common Birds To See In Massachusetts

The Boston crowd probably sees the American Robin every now and then. Bald Eagles, Blue Jay, and American Goldfinches also love roaming all over Boston. Adorable in appearance, these birds are the pride of Boston.

Salem sees plenty of Common Grackles and Hummingbirds. The city of Cambridge is particularly protective of its birds, taking extra care for the Little Ringed Plover, Yellow Wagtail, and Zebra Finches that are frequently seen in the area.

Massachusetts is one of the states where birding is always encouraged. For new birders, you can easily get in touch with experienced ones, who would be more than happy to show you the ropes.