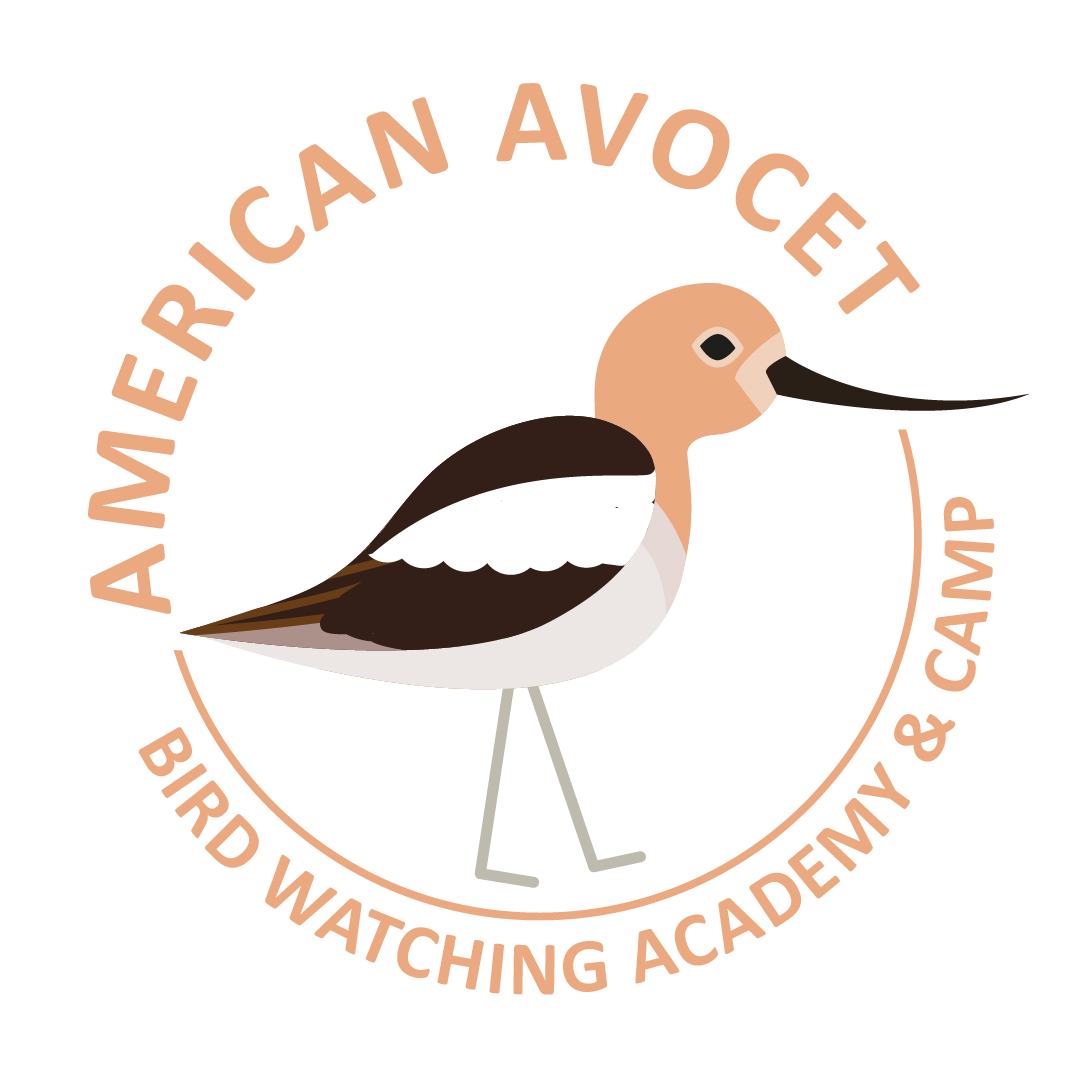 It is highly unlikely that you can describe an American Avocet without using the word elegant. The word might just have been made for this species of birds. Long-legged as they are, these waders feel no resistance while gliding their way through shallow waters. The curved, slender bills of their swish around from one side to another as they take their steps, catching aquatic beings in the process for consumption.

During summer, American Avocets have a polished appearance. Their plumage is more black and white, while their head and neck have shades of rust. The winter shows us a faded look that does nothing to hide away their graceful way of standing. They are often seen waiting on only one leg.

Breeding American Avocets have a rust-colored head and neck. As if a bit of brown has been slapped over otherwise white color. The rest of their plumage is white, especially their chest and belly with some long and thick streaks on the back. Their wings are also black and white. They have white legs, and even the undertail is white.

The non-breeding adults or the immature American Avocets lose the buff color to them. It doesn’t really matter, as they still continue to appear as these royal species. The buff area in their head and neck takes on a more gray dash of color over the white. Again, the rest of their body is white, with the black on their wings appearing more brownish-black. The legs continue to be white.

They also have dark, small eyes and completely black bills.

If you find the right habitat, getting to see American Avocets isn’t hard. Shallow waters are where they are seen the most. Instead of freshwater areas, you want the water bodies to have salt in them. So, mudflats, salt flats, etc., are all among many places where American Avocets have shown up.

Now, the only question stands as to whether you will recognize them when you see them. Originally, there’s no reason you shouldn’t. After all, American Avocets have an individualistic appearance that makes them stand out from other shorebirds. There’s this touch of elegance in the way they move on shallow waters, the color patterns in their body and the way they forage.

The only source of confusion might arise from their changing color patterns depending on the season. They actually have the same colors on their body barring their head and neck. During the breeding season, it is more brownish. During non-breeding season or when they are in their immature stage, the American Avocets have gray-colored heads and necks.

One might be in hope of identifying them through their song, but they are mostly silent beings. Under disturbance, though, they let out this kleet sound. If you hear their high-pitched call from afar, that would be your cue to investigate.

American Avocets don’t have songs. They are silent creatures who don’t feel the need to announce their presence. In fact, they tend to keep quiet so as not to attract predators to their colonies. As such, if you are trying to look for them and want their songs to lead them to you, it won’t happen for you.

However, they do have calls. These calls come out rarely. In fact, if they do call, it is because they have been disturbed. There could be predators approaching their colony, which has led the adult American Avocets to call to detract attention away from their eggs and young ones. They are also likely to call when the predators actively approach their nest. Then, American Avocets would charge at them while calling with aggression.

The call of male and female American Avocets is high-pitched. It sounds like a sharp Kleet sound.

American Avocets are large, to say the least. They are long and slender in shape. These shorebirds have a bill that’s curved upwards at the end as it is long. They also have long necks while their heads are small and round. The rest of their chest and stomach area is oval-shaped and sits prettily on their lean legs.

Surprisingly, Snowy Egrets are bigger than them. Black-necked Stilt, a species that tends to wander around their colonies, is actually smaller than American Avocets.

American Avocets have a variety of ways they go about securing their food. Usually, they would walk through shallow water, with their upturned bills touching deep into the water as they move their head from one side to another. If they catch food while they are going about this way, all the better.

While foraging through touch is a tried and tested, successful method for American Avocets, they can also pick out food visually. If they see their aquatic prey through the water surface or in the mud, they dive straight in to catch them. Sometimes, they plunge in quite deep. If they see insects close to them, they will snatch them mid-air.

For food, American Avocets enjoy insects, seeds, and most importantly and mainly, aquatic fishes such as lobsters, crab, etc. Shallow waters and the area around it have plenty of tiny beings in abundance so American Avocets are rarely out of luck when it comes to their food. Aquatic insects and even larvae are part of their diet. On the west where they live in the lakes, they might amuse themselves with flies and shrimp.

Where American Avocets Live And Habitat

American Avocets prefer prairie ponds, lakes with shallow water, beaches, flats, and marshes for their habitats. They are especially found scattered throughout areas with mudflats and shallow waters, whether it is interior North America or along the coast. Usually, their habitat is where the area has low vegetation and shallow water. They are never hidden from view. Compared to freshwater, they have a clear liking towards salty or alkaline mixed water.

During the winter season, American Avocets fly to either the coasts or the California valleys. Others fly east, spending their winter by taking a huge part of the Atlantic coast. The ones who won’t breed that season spends the summer there as well.

Once, they used to be found all over the United States. Then, their numbers began to dwindle on the east coast. For their breeding, they can wander between beaches, marshes, prairie ponds, the midwest’s shallow lakes, going as far to the northern side of the Southern range of Canada. The east side of rocky mountains and even parts of New Mexico, Texas, and Oklahoma fall into the mix. The wintering grounds are usually in Florida, Texas, and along the Pacific ocean lines in Mexico and California.

American Avocets give birth to 4 eggs usually. Of course, they could have 3 or 5 eggs sometimes instead. The eggs have a buff, olive color. The sides might have blotches of black or brown or both. Both the parents participate in the incubation period. Considering how big American Avocets grow up to be, the incubation period can belong. It takes about 22 to 25 days for their eggs to hatch.

The incubation period takes days, but once the young ones are out, it doesn’t take long for them to leave their nest. They start searching for food on their own quite soon. The young ones are taken care of by both sets of parents. Then, when they are about 4 to 5 weeks old, they are able to take off for the first time with their wings.

American Avocets seem comfortable in loose colonies. Often, Black-necked Stilts get mixed into the flock. If it so happens that a colony is in danger of invasion by a predator, adult American Avocets would suddenly do display to distract them. These displays involve spreading their wings and running around while their body is positioned to a crouch.

If their young or the eggs are threatened by the predator, they remove any attempt at distraction and charge at the predator instead. Their call will grow loud and they will fly straight to the intruder to attack them.

Their nesting site never happens to be at much distance from water. It is usually in the areas where the ground is open and bare. Both male and female American Avocets do their best to build the nests. Their nests could be startlingly simple. Something no more than a scrape created in the soil. The scrape could also have debris and pebbles lining them. Then, other times, they would have almost a foot tall mound for their young ones.

If you want to see more birds at your home consider purchasing a bird bath.

Anatomy of an American Avocet

For all their elegant, royal appearance, the sight of American Avocets can even be scary. They have a lean, long bill that is curved upwards. It seems to be a dangerous idea to get too close to them. Their legs are also long and extremely thin. It seems to be a wonder that their oval-shaped stomach and chest area of theirs is supported by those legs.

From their chest, their neck extends and curves upwards. It is again long and slender, meeting the head of the American Avocet. Their head is small and appropriate for their overall thin body. Their eyes are small and suit the size of their small face. The bill and the eyes with their small face gives a sharp quality to the appearance of American Avocets. When you look at them, you get the distinct impression of sharpness.

The only way to find an American Avocet is to find the kind of habitat they frequent. If you visit wetlands with shallow water bodies, even among other wading birds, American Avocets stand out with their long legs, slender and lengthy bill, white plumage, and overall elegant appearance. Most of their foraging occurs in shallow waters. If you combine that with their long body and the lack of vegetation in the general area, it is easy to spot them from afar.

The breeding usually takes place in North America’s drier regions where the wetlands are. So, those are the areas you want to target. Otherwise, Mudflats, lagoons on the coasts, and salt flats during winter are where they are seen. Sometimes, you will see Black-necked Stilt, who are smaller than them, hanging around them.

As for their conservation status, you thankfully don’t need to worry. Right now, they are considered to be of stable numbers or even increasing. Especially during the last few decades, the east has seen more wintering migrant American Avocets. However, the western wetlands seem to lose them due to the harm climate change is causing them and many other species on that part.

So, while American Avocets aren’t anywhere near disappearing, it might be a good idea to try seeing them as fast as you can.

If you enjoyed learning about the American Avocet check Hummingbirds. Also, consider looking at a national park for more information about birds.

The American Avocet is a great iron-on patch to start your collection with. The patches are durable and can be sewn on or ironed on to just about anything.

Stickers are a great way for you to display your love for bird watching and the American Avocet. Here is the sticker pack we sell with an American Avocet sticker.