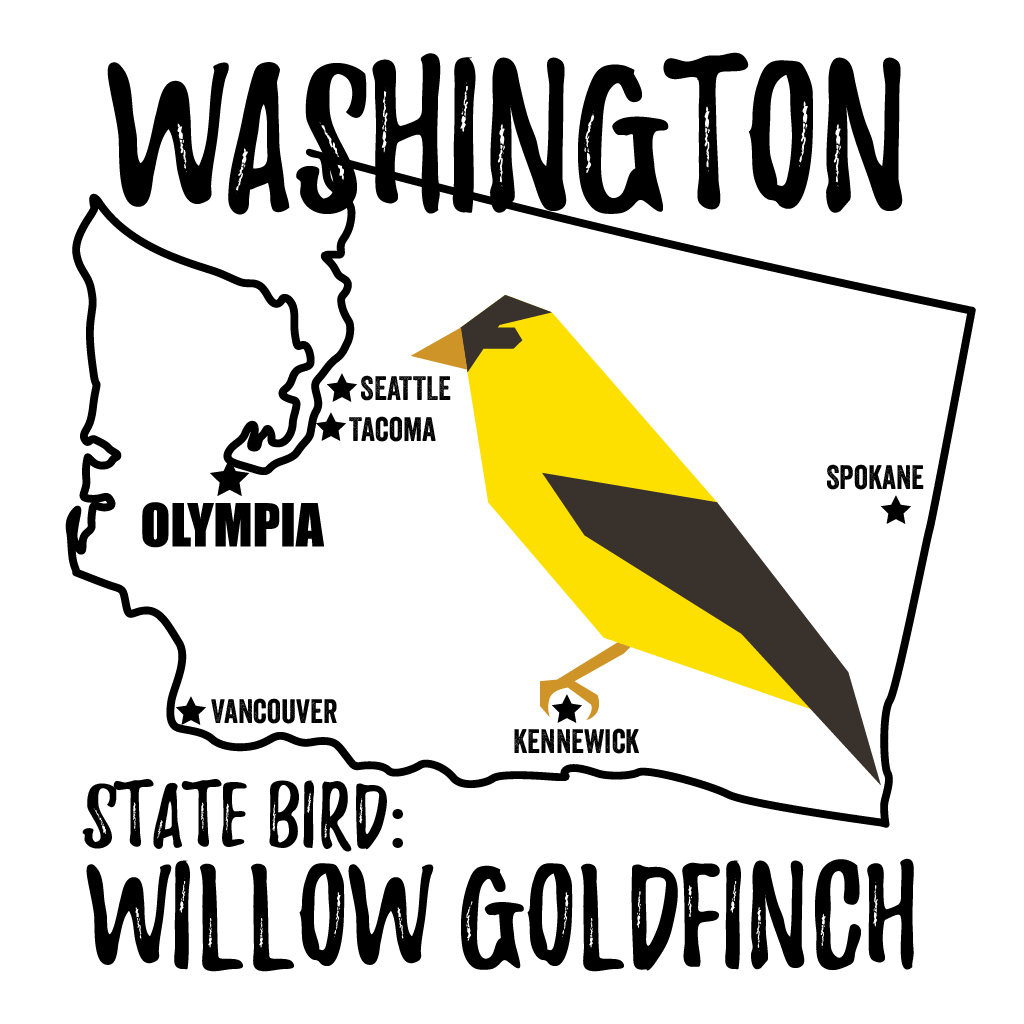 The 42nd state to be admitted into statehood is none other than the state of Washington. This state was legalised in 1889 on November 11. The capital city of Washington is Olympia, while the nickname that Washington is famous for is the Evergreen state. The state bird of Washington is certainly a species that is in love with this very greenery.

What is the State Bird of Washington?

What Makes the State Bird of Washington Unusual?

The Willow Goldfinch is most unusual because of its appearance. The lemon yellow color of the male goldfinch is certainly successful in catching anyone’s eye. If you see a burst of yellow peaking among the trees, you immediately know it is a goldfinch. Many people like taking pictures of Goldfinches for this reason. They look wonderful and picturesque against a green backdrop. They also tend to perch on trees, where they look right at home.

Let’s learn something new about the Washington official state bird.

1 . Winter sees Goldfinches heading southward. If one traces their journey, it seems they prefer winter grounds where the temperature never drops below 0 degrees Fahrenheit. While they do prefer cold weather, it seems they don’t want it to be too over the top. Instead, they seem to prefer just the right amount of cold for their feathered body.

2. In a year, the American Goldfinch molts twice. Among the American bird species, they are the only species to be seen doing so. It happens during the later winter stages of the year. Then, again, at the end of summer, they can be molting again. The male molts into an even brighter yellow with the passing of each spring. You can always tell that summer is near when the color of the male American Goldfinch becomes a lot sharper and brighter.

3. American Goldfinches begin breeding quite late into the year. By late, we mean they do so when June or July is near and they can make their nests. This is because they are waiting for milkweeds and thistle to produce seeds. Then, they use these seeds produced by the plants to make up parts of their nests. They also feed their young ones with these very seeds.

Among the Goldfinches, the American Goldfinch is certainly one of the eye-catching ones. If you went to Washington and never saw one, it would honestly be surprising. The bright, lemon color of their plumage makes for excellent pictures. So, bird watchers, when looking for them, never forget to carry your camera along with your binoculars when on the lookout for them.