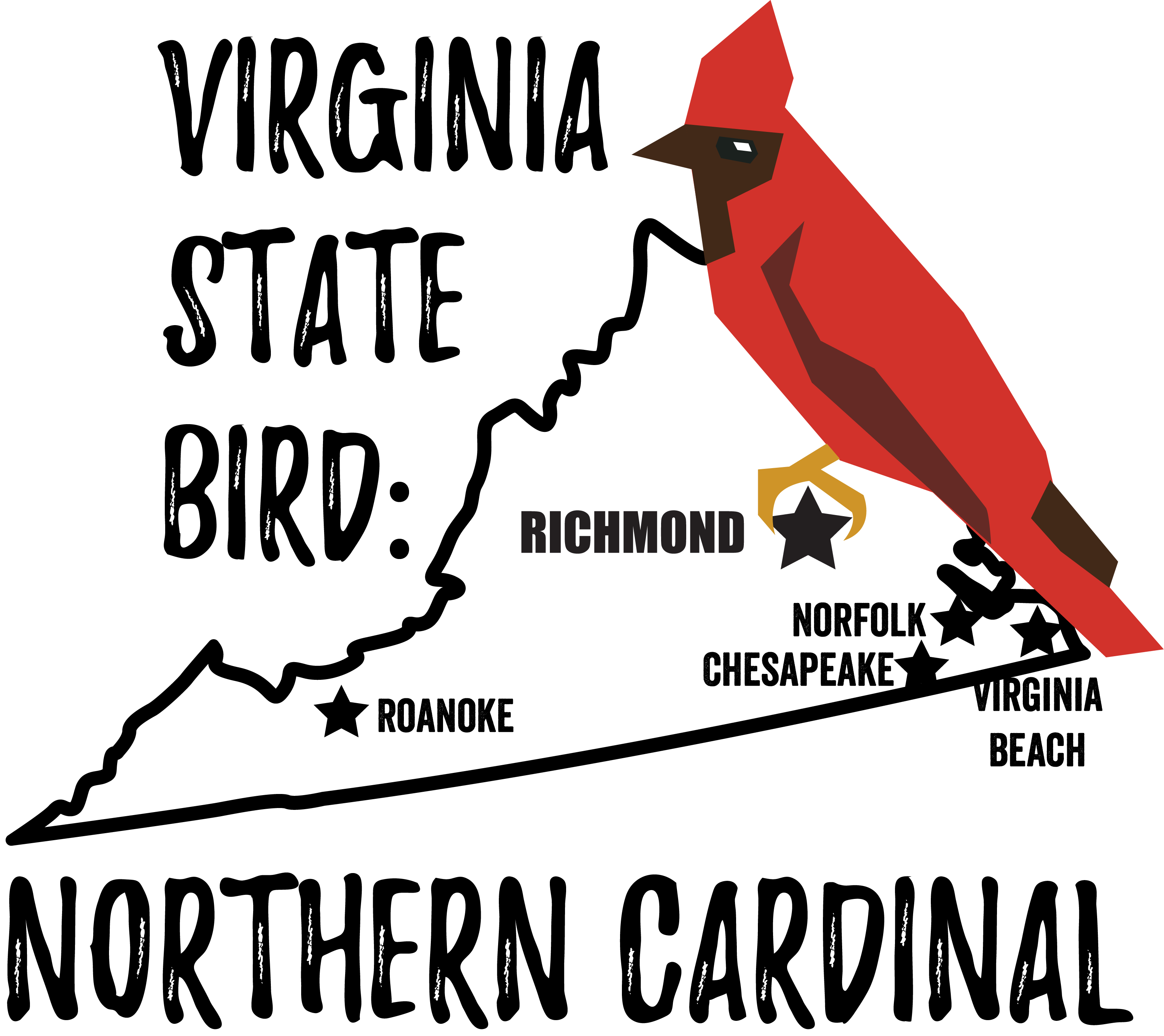 The state of Virginia is the 10th state to be admitted into statehood. It dates back to 1788, on June 25. The capital city of Virginia is Richmond. As for its nickname, it is known as the Old Dominion state. The Virginia state bird can be a little boring, in the sense that it has one of the most obvious state birds. What’s it? Well, let’s see.

What is the State Bird of Virginia?

The Virginia official state bird has been the Northern Cardinal since 1950. It has always been a favorite North American backyard bird, especially among children. A huge reason for it is the bright red color of the male cardinals. People simply love the cardinals with cone-shaped bills, bright colors, and the cheerful whistle sound of their call.

What Makes the State Bird of Virginia Unusual?

The state bird of Virginia is mainly unusual for its color. The bright red color is rarely seen in bird species. The crest of the Cardinal also has a very specific shape. Even the female Cardinals, though they aren’t completely red, have a bit of brick red in them. Their wings also have the same shade of bright red. This makes for a very unusual appearance that shines even brighter in pictures. Their whistle tune is also a matter of curiosity.

1 . North American female songbirds aren’t actually known for singing. That certainly isn’t the case for female cardinals. They communicate to the male cardinals by singing. Sometimes, when the male is near the nest, they will sing to let him know he needs to look for food. They actually converse among themselves by using song phrases. The notes that female cardinals produce tend to be a little more complex than those of male cardinals.

2. During spring, Cardinals are frequently seen trying to fight their reflection. If they see themselves in the mirror of a car, they will charge headfast into it. This is because they become obsessed with protecting their territory during spring. They don’t have sound judgment and consider everyone around them a threat. This threat can be other bird species or humans; as long as they are trespassing into their territory, Cardinals won’t let it pass.

3. The aggressive behavior of Cardinals lessens once summer comes closer. The hormones in their body become settled and they become less aggressive. However, there have been instances where cardinals have continued with their over-the-top behavior for 6 months without a single break.

Northern Cardinals are way likelier to visit your backyard than you having the task of looking for them specifically. If you hear a sudden whistle like chirping, you can easily tell it is a Cardinal hanging around in your backyard. Quietly, grab your camera and take a picture. If it’s a male cardinal with their bright red appearance, they can certainly make for good pictures.