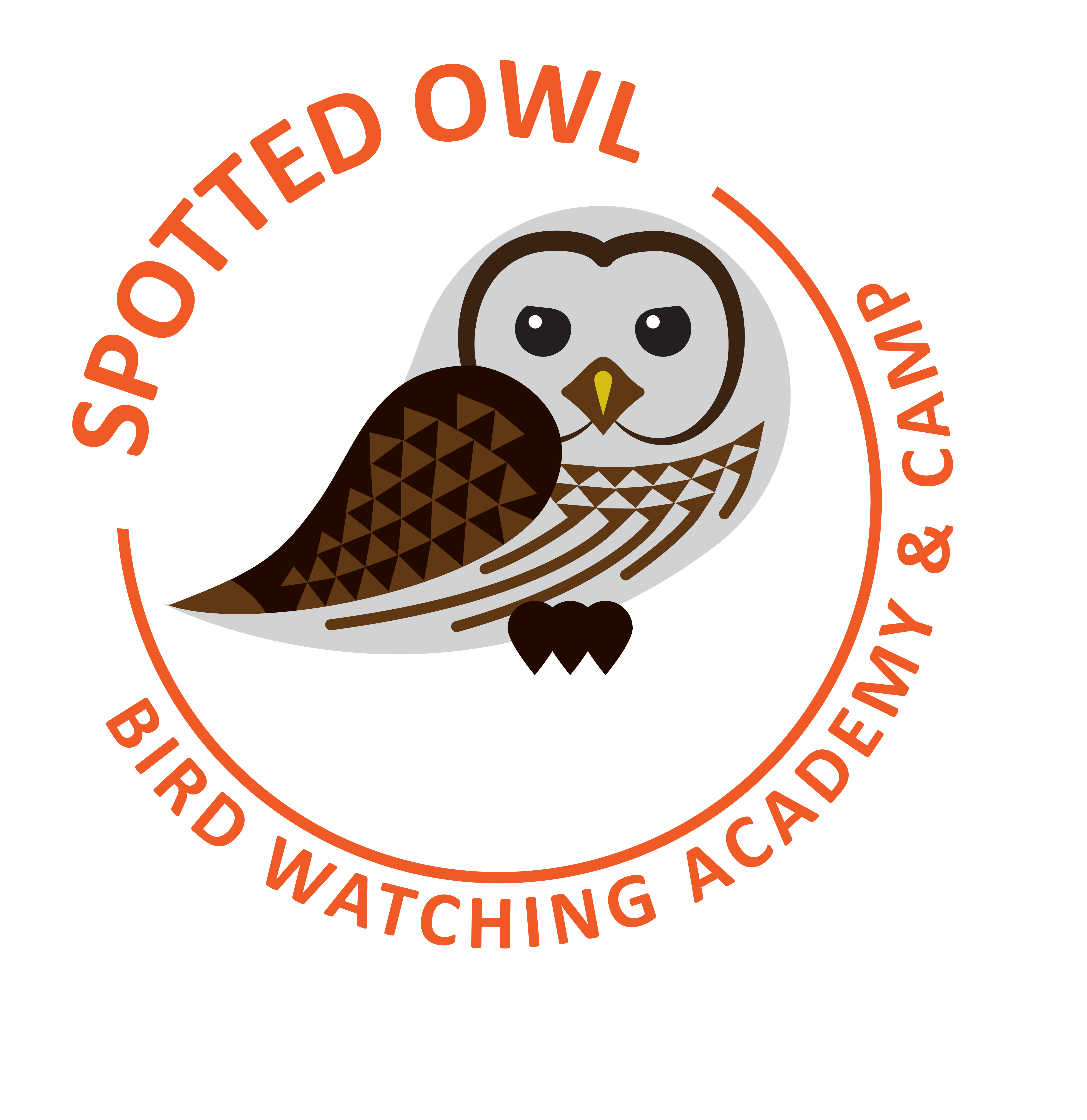 A Spotted Owl is a fun bird to see while bird watching. Below are some tips to help you identify Spotted Owls. We have also put together a list of fun Spotted Owl t-shirts, Spotted Owl bird patches, birdhouses, bird feeders, binoculars, stickers, and other fun bird-watching items.

The Spotted Owl is native to North America and probably came into the limelight during the 1990 logging debates in the Pacific Northwest. They were one of the rare animals whose habitats were affected by logging in the region. The owl is common in western North America and parts of Central America. They are non-migratory owls, hence maintain permanent residency. As a result of logging, they are endangered in the Pacific Northwest and parts of the southwest.

Spotted Owls are medium-sized birds that are 17 inches long, with a wingspan of 45 inches.
Female Spotted Owls are larger than males. Spotted Owls closely resemble their relatives:
barred owls. These two owls can be differentiated by observing the cross-shaped markings on the
lower parts of Spotted Owls. Barred Owls are also known to displace Spotted Owls from their
habitats. In some cases, these two species might mate and give birth to a hybrid owl called sparred
owl. The plumage of Spotted Owls can be chestnut brown or chocolate brown. These birds have
large dark brown irises and round heads that are spotted with elliptical white spots. Their bills are
yellowish-green and the entirety of their body is feathered. The physical appearance of Spotted
Owls might vary depending on the thickness of their plumage. Spotted Owls found in warmer
regions like Mexico are usually lighter and have a more abundant presence of white spots.

They are similar to the Barred Owl which has a mottled gray-brown upper part. The underparts are light brown with markings such as the chest being barred horizontally and streaked vertically. The difference is that the Spotted Owl has cross-shaped marking on its underparts.

The Spotted Owl is a medium-sized bird with its length averaging 43cm and a wingspan of 114cm. They can reach an average weight of 600g making them fairly heavy.

These Owls are agile and maneuverable fliers although not the swiftest. They have an interspersing gliding flight with quick wing flaps to carry their weight. They fly above the canopy when traveling long distances and would adjust their flying heights in an attempt to adapt to the changing temperatures.

Spotted Owls are considered solitary birds except when interacting with their mates and they’re young. They are monogamous birds who form lasting pair bonds and remain in the same home range all year round.

Spotted Owls have a diet that mainly focuses on mammals. Their most common preys are wood rats
and flying squirrels which make up over 50% of their diet. Other prey hunted by these owls includes
red tree voles, pocket gophers, bats, snowshoe hares, bushy-tailed woodrats, and mice. Spotted
owls prefer to wait for prey while perching on top of a branch. These owls mostly forage in the
night, but occasionally also hunt during the day. Spotted Owls use a number of foraging sites in one
night. These birds kill their prey by breaking the animal’s necks with their bills.

They prefer feeding on small mammals found in the forest. These include deer mice, woodrats, voles, and red tree mice. They also take on small birds, large insects, lizards, and small rabbits.

As these owls have a very varied range they occur in a number of habitats. These owls require
habitats that consist of mature forests and dense canopies. Spotted Owls generally prefer
coniferous forests with large trees and an abundant variety of vegetation. These birds often avoid
areas that do not meet these requirements.

Spotted Owls are a species of true owls that can only be found in western North America. The
northern portion of their range begins from southwestern British Columbia and extends south
through Washington, Oregon, and California to the southern Rockies. Other areas these owls can be
found in our central Colorado, Arizona, Utah, central Mexico, western Texas. Most Spotted Owls
are non-migratory, but the owls residing in Mexico might travel up to 50kms during winter.

The female Spotted Owl lay 2-3 eggs per brooding season. They keep the eggs incubated between 28-32 days before the young hatch. The young are fed by both parents until they are ready to leave the nest 5 weeks after they hatch.

In most cases, Spotted Owls do not build their own nests. Male Spotted Owls select the sites in
potholes and cavities in sandstone cliffs, stumps, narrow canyons, and tree cavities. These birds
are known to occupy nests left behind by ravens or hawks. If pre-existing nests are unavailable
these owls lay eggs on bare dirt. Spotted Owls may reuse the same nesting site for their entire
lives. Mating owl pairs are generally both over the age of 2. Female Spotted Owls lay an average of
2 eggs per year are exclusively incubated by her for a period of 30 days. The males take up
the responsibility of hunting and feeding the young. Before feeding the nestlings, the adults eat the
heads of their prey.

The Spotted Owl is a great iron-on patch to start your collection with. The patches are durable and can be sewn on or ironed on to just about anything.

Stickers are a great way for you to display your love for bird watching and the Spotted Owl. We sell a monthly subscription sticker pack. The sticker packs have 12 bird stickers. These sticker packs will help your kids learn new birds every month.