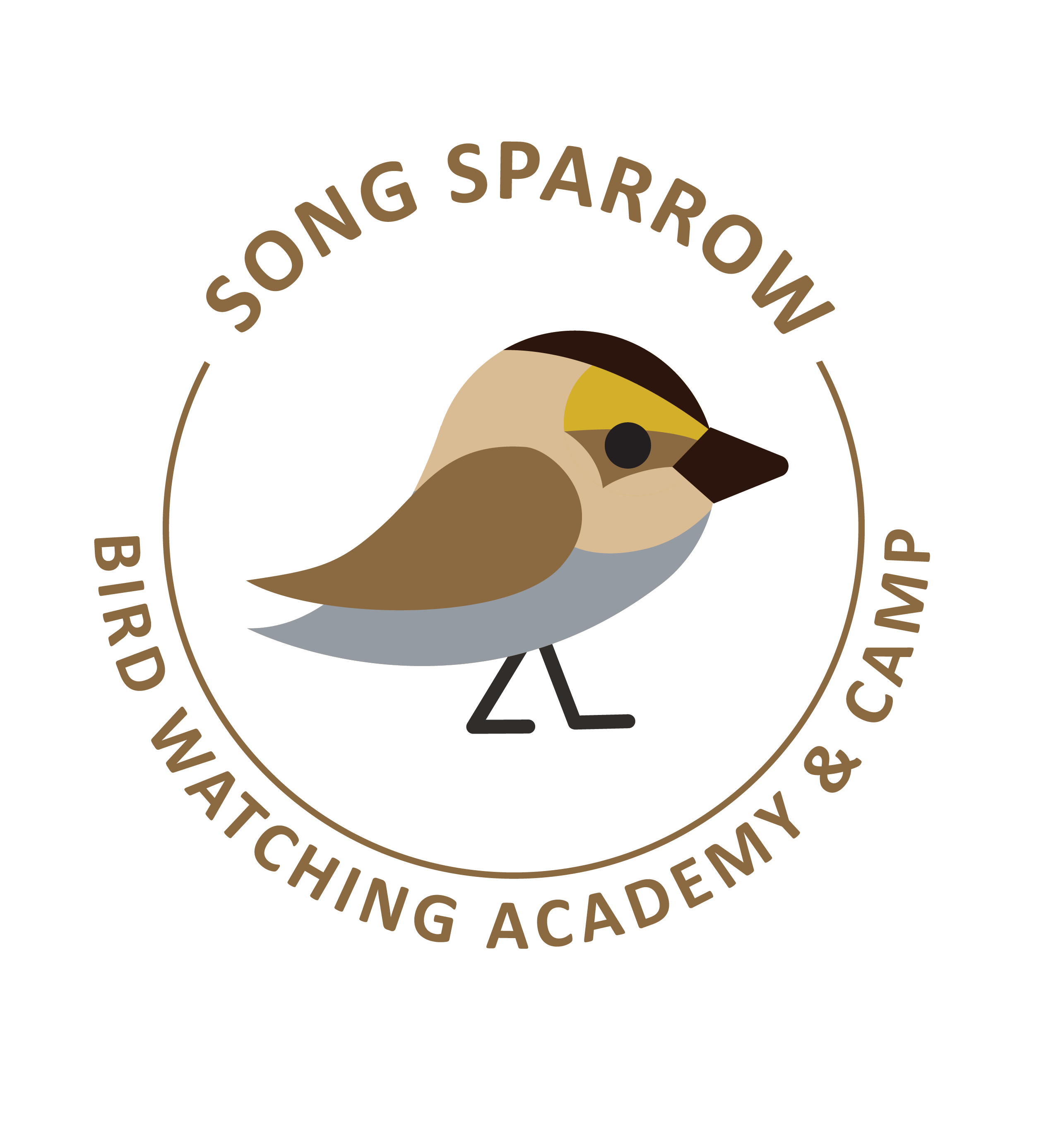 The melodious Song Sparrow (Melospiza Melodia) is one of the most familiar birds found in the Northeast and Midwest areas. It likes to hide in between thickets and is only spotted as it hastily flies from bush to bush. However, the fact that they move in numbers makes it a little bit conspicuous.

Song Sparrows are brown in color and have thick white streaks on its chest and wings. Its head has a mix of warm brown and red feathers with some hints of grey. The amount if streaking on the Song Sparrow varies as you move across North America.

The adults of the song sparrows can be described as medium-sized and having brown head and neck regions and are light-coloured (often white) underneath. In the middle of the breast, they often have a dark, brown spot. Their tail is brown and rounded and they bear a brown cap. Their face colour ranges from off-white to grey and they bear a brown streak through each eye. This appearance varies from species to species as a few of them- some have a brown distinctive moustache stripe. At the California coast, the colouration tends to be darker. The maximum lifespan recorded for these is 11.3 years. They are often confused with their other sparrow counterparts like Lincoln’s Sparrow and Savannah Sparrow.

These birds are medium-sized and fairly bulky. The Song Sparrow has a short and stout bill with a fairly rounded head. Its tail is thin and long whereas its wings are broad.

The relative size for both sexes is:

They sometimes forage in the ground by hopping forward and scratching the ground with their feet for insects. They also forage in shrubs or in very shallow water. Their main food consists of insects and seeds. Birds in salt marshes are reported to also eat small crustaceans. Because of their foraging behaviour, they are seen to inhabit shrubs which make it easiest to eat.

Mostly feeds on insects and seeds. Especially in summer, Song Sparrows eat insects including beetles, grasshoppers, caterpillars, ants, wasps, and many others, also spiders. During the winter is when they heavily feed on seeds, mainly those of grasses and weeds.

Where Song Sparrows Live and Their Habitat

These sparrows in North America are found generally closer to brushy edges but not much near the water. They tend to prefer shrub cover in their territory, and sparrows that tend to cluster here for survival have higher reproductive success and winter survival. They prefer habitats away from the intertidal coastline. The difference in bill lengths between individual song sparrows in different habitats is related to the primary habitat type or microclimate that they were seen in. Larger beaked subspecies were strongly correlated with hotter microclimates.

Song Sparrows are found in open habitats, at the edges of ponds, wetlands, shrubby thickets, and suburban yards.

Song sparrows are tiny brown birds that vary from region to region but are predominantly found in North America. They are extremely adaptable and hence found in many areas across the world and are often termed New World Sparrows. They are seen to generally prefer the marshes, especially the salt marshes of Canada and most of the US. Now, however, you see them anywhere: roadsides, suburbs, agricultural fields, etc. While most of them are permanent residents of their habitat, certain northern populations of sparrows migrate to the southern parts of the US and New Mexico during winter and stay with the non-migratory populations. Very few of them migrate all the way to western Europe but it has been recorded.

Female Song Sparrows lay between 2-4 pale green eggs spotted with reddish brown dots. She is the only one who carries out incubation for 12-14 days. Once the chicks have hatched, both parents feed their nestlings until they are ready to leave the nest at 12 days old.

They nest either in a sheltered location on the ground or in trees or shrubs. Hormone levels in both males and females fluctuate throughout the breeding season, having very high levels in March and late April and then declining until May. This is the time courtship behaviour is seen by their songs. Singing itself consists of a combination of repeated notes, quickly passing isolated notes, and trills. The songs are very crisp, clear, and precise, making them easily distinguishable by human ears. The pair searches for nest sites together. Nest sites are usually hidden in grasses or weeds, sometimes placed on the ground and occasionally as high as 15 feet; often near water. They are seen to also build their nests near human habitation like window sills and on top of AC decks. They build a simple, sturdy cup made of loose grasses, weeds, and bark on the outside, then lined more tidily with grasses, rootlets, and animal hair for softness. They lay brown eggs spotted with greenish-white dots. Females tend to lay 3-5 eggs per clutch and incubate them for 13-15 days.

The Song Sparrow is a great iron on patch to start your collection with. The patches are durable and can be sewn on or ironed on to just about anything.

Stickers are a great way for you to display your love for bird watching and the Song Sparrow. We sell a monthly subscription sticker pack. The sticker packs have 12 bird stickers. These sticker packs will help your kids learn new birds every month.