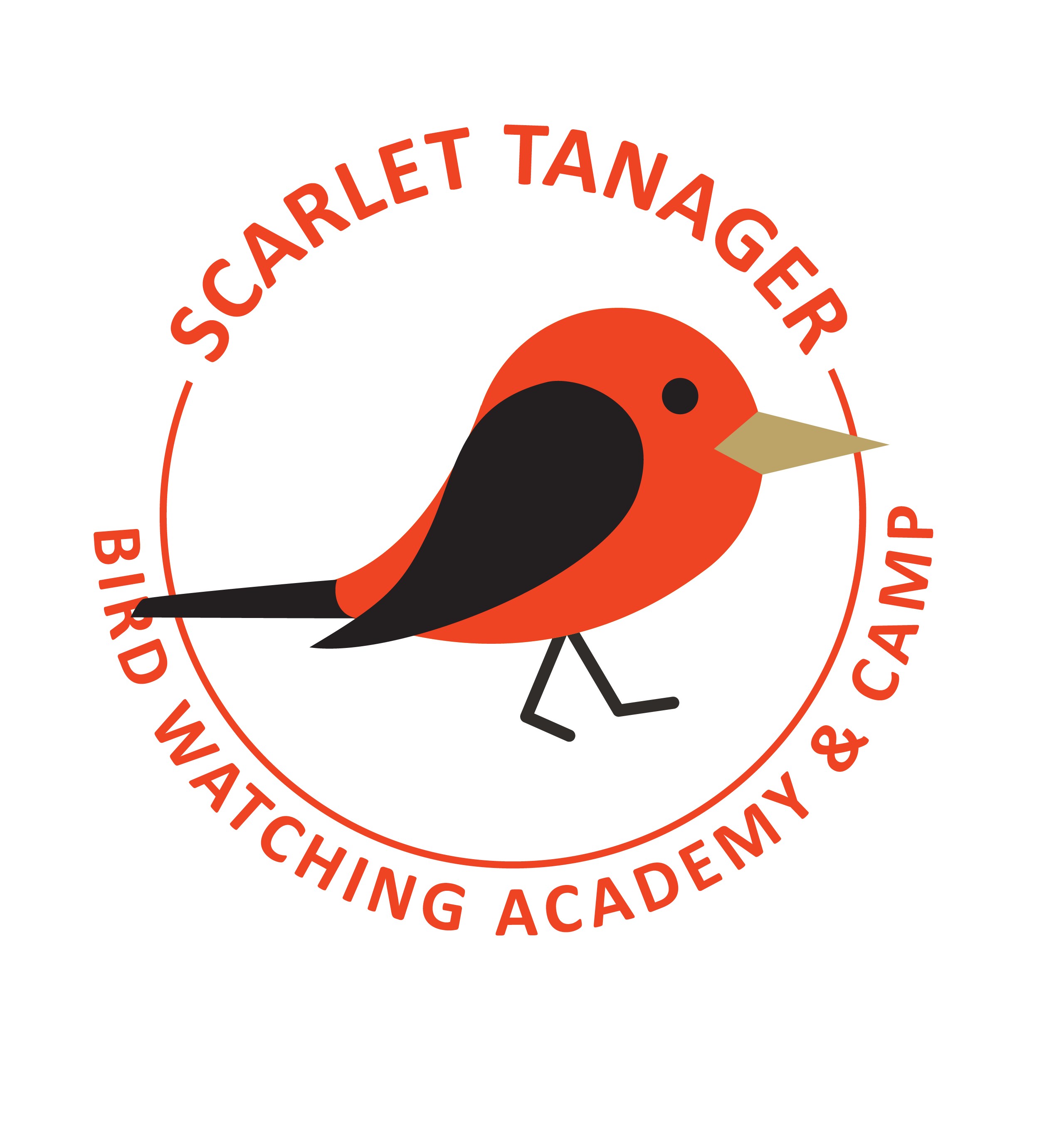 The scarlet tanager is a middle-size songbird. It is named so due to its coloration which borders on a deep red that is close to scarlet.

The males and females can be easily distinguished by the difference in their colour. The males have bright red throughout their body except for the wings and the tail whereas the females are olive green on the upperparts and a yellow shade towards its lower parts during winters, the adult males’ colour changes to olive, similar to that of the females, except that the underparts of the males remain darker. The juveniles are similar to the females with the olive upperparts and the yellowish lower parts. Their cries are different from that of summer tanagers and western tanagers.

Both males and females are of the same size and basic structure.

The adult males are crimson-red and have dark or black wings and a black tail which is observable even from afar. Females have yellowish underparts and are olive-colored on their upper parts and have olive-yellow tanged wings and tail.

The adult male’s winter plumage matches that of the female’s, but their wings and tail still retain the dark coloration.

The diet of Scarlet Tanagers involves small insects, fruits and seeds. They consume insects like beetles, grasshoppers, spiders, snails, dragonflies, bugs and such while foraging in the open grounds or the treetops. These birds hover in the air with great accuracy to catch the insects from the surface of the leaves and plants. They are also able to catch insects flying in the air by balancing their flight. Scarlet Tanagers eat the smaller insects as a whole and kills and divides the bigger ones on a tree branch or on the ground by pressing with force using its legs.

They hunt in the same fashion as that of that summer tanager, by darting out of treetops to capture their prey and then return to their perch. They grind their prey against tree branches to remove their stingers before they can consume them.

During seasons where insect population is low, they can fee on a variety of berries, including strawberries, raspberries, and blackberries.

Scarlet Tanagers can be seen outside your backyards in eastern parts of the United States. After their breeding period, they can be seen in parks and other such open spaces near your locality. Scarlet Tanagers mostly keep to deciduous forests or forests mixed with other varieties. They can also be found near rural settlements with thick forests. They spent their winters in parts of South America that are moist and heavily wooded. These birds are common in the woodlands of Central America and parts of the Caribbean Islands. In Canada, they sometimes resort to tropical coniferous forests and boreal forests.

They mainly reside in deciduous forests that have trees such as oaks. They also live in woodlands across North, South and Central America and Europe.

Scarlet Tanagers are a species that migrate long distances during winter. During the cold seasons, they are spotted near the forests of the Andean hills. They migrate two times a year when they move to eastern parts of North America during the breeding season and to northern and western parts of South America. The range of their breeding territory depends upon the extent and availability of deciduous forests. Scarlet Tanagers travel as huge flocks mainly during the night and reach their breeding locations by the end of May and by October, the populations travel towards the south in the middle of summer.

The nests are usually set up in trees sometimes on a normal height from the ground and sometimes much higher. The female Scarlet Tanagers are the ones responsible for choosing a suitable location for breeding and building the nests when the breeding season approaches. The nests are built delicately using twigs, leaves, hair and grass. The males, as part of their courtship, hops to the branches below the ones where the females are present and show off the beautiful combination of red upperparts and the black tail. The females select their partners on the basis of the colour of the males’ wings and their movements.

The tanagers migrate to nesting grounds in mid-May to Early June. The males are usually the first to arrive with the females arriving within a week after the males. Mated pairs stay together in the nests and incubate the younglings, with both of them actively participating.

The female lays 1 to 6 green-blue eggs. 9 to 12 days after hatching, the young can leave the nest and are able to fly about on their own

Scarlet tanagers can only attempt to nest once every season and a failed attempt is put off until the next season.

The Scarlet Tanager is a great iron on patch to start your collection with. The patches are durable and can be sewn on or ironed on to just about anything.

Stickers are a great way for you to display your love for bird watching and the Scarlet Tanager. We sell a monthly subscription sticker pack. The sticker packs have 12 bird stickers. These sticker packs will help your kids learn new birds every month.