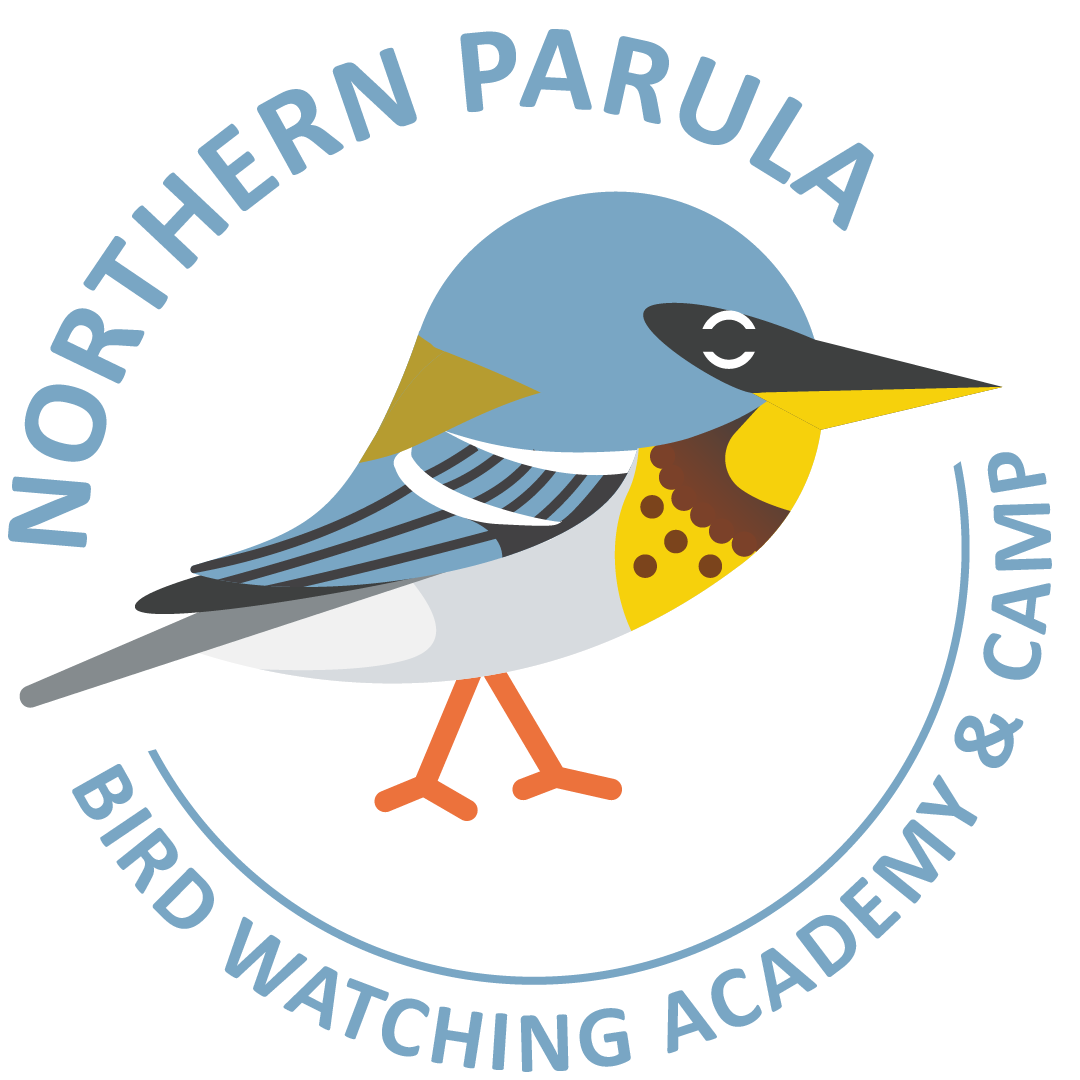 Northern Parulas are colorful, small warblers you are likely to come across in North America. Since they are incredibly small, spotting them can prove to be harder than you would initially think. As such, we have prepared a guide for this birdwatching journey involving Northern Parula Warbler.

From the upper canopies, Northern Parulas are small warblers who make your heart flutter at mere sight. They are seen perched on top of branches, waiting to sweep up their equally small prey. While they have a colorful body, the colors are quite closely related to their natural surroundings, making it hard to spot them sometimes, especially if they are hiding in the branches.

They are also mostly seen in forests where beard lichens and Spanish mosses are in abundance. So, if you are a birdwatcher searching for Northern Parula, you will have the chance to get the full bird watching experience with them.

One of the interesting facts about this species is that there is much debate on how their name is to be pronounced. Some believe their name should be pronounced with the ‘ru’ part sounding like ‘rooh”. Others opine it should sound like ‘ryouh’ while some think it should actually be ‘reh’.

Adult male Northern Parulas are the most colorful ones out of all the life-stages the Northern Parulas experience. The back portion of the Adult Parula is a soothing blue and grey color while they have patches of yellow running down their chest. There’s a splash of black and chestnut just under their neck. The underside of their bill is yellow, while the upper side is that blue and grey color. Their wings also have a bit of black with yellow-striped lines. They have black pupils with white around the corners.

For the immature males, while the overall color is the same, they tend to have a pale shade on their bodies. The chestnut bit is also missing from their neck. The immature females also have the same overall color, except a bit of green seems to wash up both the yellow and the blue and grey bits of their plumage. Some adult warblers, mostly the ones with short tails, have white on their plumage instead of yellow.

As we have stated, Northern Parulas are particularly short bird species. They have a fluffy, plump, football-shaped body with an extremely short tail and an even shorter bill. Yet, the bill is thin and on the pointy side.

Northern Parula songs are trilly sounds that rise up and then end abruptly. When you hear these kinds of shrill notes from a small bird with blue and grey on their back and yellow on their chest, there’s a really less chance it isn’t Northern Parula. The chestnut band on their breast is another giveaway, though in that case, for immature Northern Parulas, this wouldn’t work. They have the same colors, but it’s faded and without the brown patches just below their neck.

The key to identifying and finding Northern Parulas is to look for them in forests with long trees where they usually hide in canopies. It is said that a birdwatcher can get warbler neck because they have to look up for finding the Northern Parulas.

Like most wood warblers, Northern Parulas are incredibly small in size. They have short tails and bills that are equally small. They are also on the plump side. Their immediate friend in size would be Kinglets.

could be seen foraging at the lower levels. They tend to perch on the tips of the branches, carefully looking for their prey and plucking them out the moment they find them. During Spring migration, male Northern Parulas are seen hopping and flitting around the upper side of the forests, mostly in the canopy.

During migration season, though, they could be seen foraging at lower levels. They tend to perch on the tips of the branches, carefully looking for their prey and plucking them out the moment they find them. During Spring migration, male Northern Parula are particularly heard exercising their vocal abilities.

The Northern Parulas who live on the west side of their range sound a little different from the ones living on the east side. On the west, the trilly, buzzy songs get longer and, actually, less buzzy.

Their wingbeats are known to be rapid and they are excellent at hopping from branches to branches in general. When they are on the defense, Parulas lower their wings. They tuck the tips of the wings below their tail as they began their loud call.

On the breeding grounds, they can be seen carrying on alone or roaming with a partner. They also don’t mind forming a flock with other species of warblers.

Northern Parulas aren’t the pickiest when it comes to food. They will eat anything from spiders to any kind of insect. They seem to love caterpillars in particular. Moth, ants, wasps, beetles, locusts, files, etc., are fair game to them too.

Come breeding season, they are occasionally seen feasting on bud scales. Winter ground sees a little change in their eating habit due to the demand of the season. They turn to berries, nectar or seeds. If you are planning to lure them into your backyard instead of searching for them in the forests, the winter season is your best chance. Your backyard needs to have some good flowers they can drink nectar from and insects, which is even more likely to attract them.

Where Northern Parula Live And Habitat

The range of Northern Parula covers North Florida and boreal forests. You can find the small wood warblers in the deciduous forested areas on the southern side of this range. Yet, in the north, they can be seen more on the evergreen forest range. It doesn’t matter which part of the Northern Parula range you focus on though, the keyword for this bird species will always be moss.

In the south, they find Spanish moss, while in the North, they find beard moss. Then, come winter, on the grounds, they are seen in scrubs, plantations, pastures, fields and forests, looking for their food.

Among the trees, they like perching on Sycamore, Willows, Black gum, birches, eastern hemlock, etc. On the wintering grounds, they can even be seen in and around coffee and cacao plantations.

The breeding range of Northern Parula is a little odd. They start their breeding from North Florida and end up in Canada’s boreal forest. Yet, they ignore Michigan, Wisconsin, Iowa, and some other Northeastern states. This might have something to do with the rise in air pollution in these states, along with the loss of habitats. Since they love moss trees, the lack of them in these regions could be the prime reason behind their breeding habits.

When it comes to migration, they are known to cover long distances. The winter is spent in the Caribbean, Central America and Mexico before they come back home to Florida in summer.

Northern Parulas produce 1 to 2 broods in an entire year. Each clutch size gets about 2 to 7 eggs. The incubation period then takes about 12 to 14 days. The nesting period is another 10 to 11 days.

The eggs they give birth to can be white to creamy white in color or might have specks of brown, purple, grey or red color on them. On hatching, the babies come out with theory eyes closed, a strip of white from their head to their back.

Similar to other warblers, Northern Parulas are a monogamous bunch. The breeding begins shortly for them after they have migrated their breeding ground once winter has passed. For the Parulas at the south of their range, breeding begins in March. The ones on North wait until mid-May.

As far as warblers go, Northern Parulas are some of the toughest ones with little information known about them. Even their average lifespan is a question. The longest years a Northern Parula has been known to live is 7 years as of now. It seems the biggest cause of their shortened lifespan is due to being predated on when they are breeding. Since they aren’t kept in captivity for research, it’s still impossible to get an idea of their average age range.

On Spanish moss and beard lichens, nests are usually seen on the clumps hanging from those trees. Usually, they are at the end of a branch and are 100 feet high at the least. This means a mere birdwatcher won’t be able to look at the nest, let alone study it without a binocular. Even then, it proves to be impossible.

The female Northern Parulas mostly do the nesting. They will create a hollow space in a hanging cluster of greenery to make space for an entrance on the side along with a cup. The cavity of the nest is made thicker with more epiphytes or pine needles, hair, grass etc. The length of the nest is usually about 3 inches with 2 inches of depth. It takes about 4 days for them to make the entire nest.

If Spanish moss and other such trees with hanging vegetation can’t be found, Northern Parula will simply gather materials of similar kind to make the nest.

Anatomy of a Northern Parula

Plump, small and adorable at first glance, that’s how a Northern Parula is described as. Their overall body is tiny, with more weight in their stomach area. Their head is equally small and their entire body is so plump that it becomes impossible to distinguish between their neck and stomach area. The patch of reddish-brown on the neck of adult Northern Parulas makes this distinction easy, though.

Their head is equally round and a mix of blue and grey color runs down their back. Their wings and tails are short as well, though it could be argued they have longer tails and wings compared to their body. Their bills are also small and extremely thin. They seem to prefer mushy food for this reason.

Their legs are the thinnest part of their body and something you don’t notice at all at first glance.

For a birdwatcher waiting to get acquainted with Northern Parulas, everything indicates you might have to venture deep into the forests. Or wait for them to come to the wintering grounds and try to find them hidden among the green plantations. The easiest method might be to lure them to your backyard with a feeder dripping with nectar.

If you want to show Northern Parula is particular to a little kid to grow their interest in the small bird species and birds in general, you might want to check out some of the merch we have related to them. There’s nothing that’s good as evoking curiosity in kids as cute designs

The Northern Parula is a great iron on patch to start your collection with. The patches are durable and can be sewn on or ironed on to just about anything.

Stickers are a great way for you to display your love for bird watching and the Northern Parula. We sell a monthly subscription sticker pack. The sticker packs have 12 bird stickers. These sticker packs will help your kids learn new birds every month.