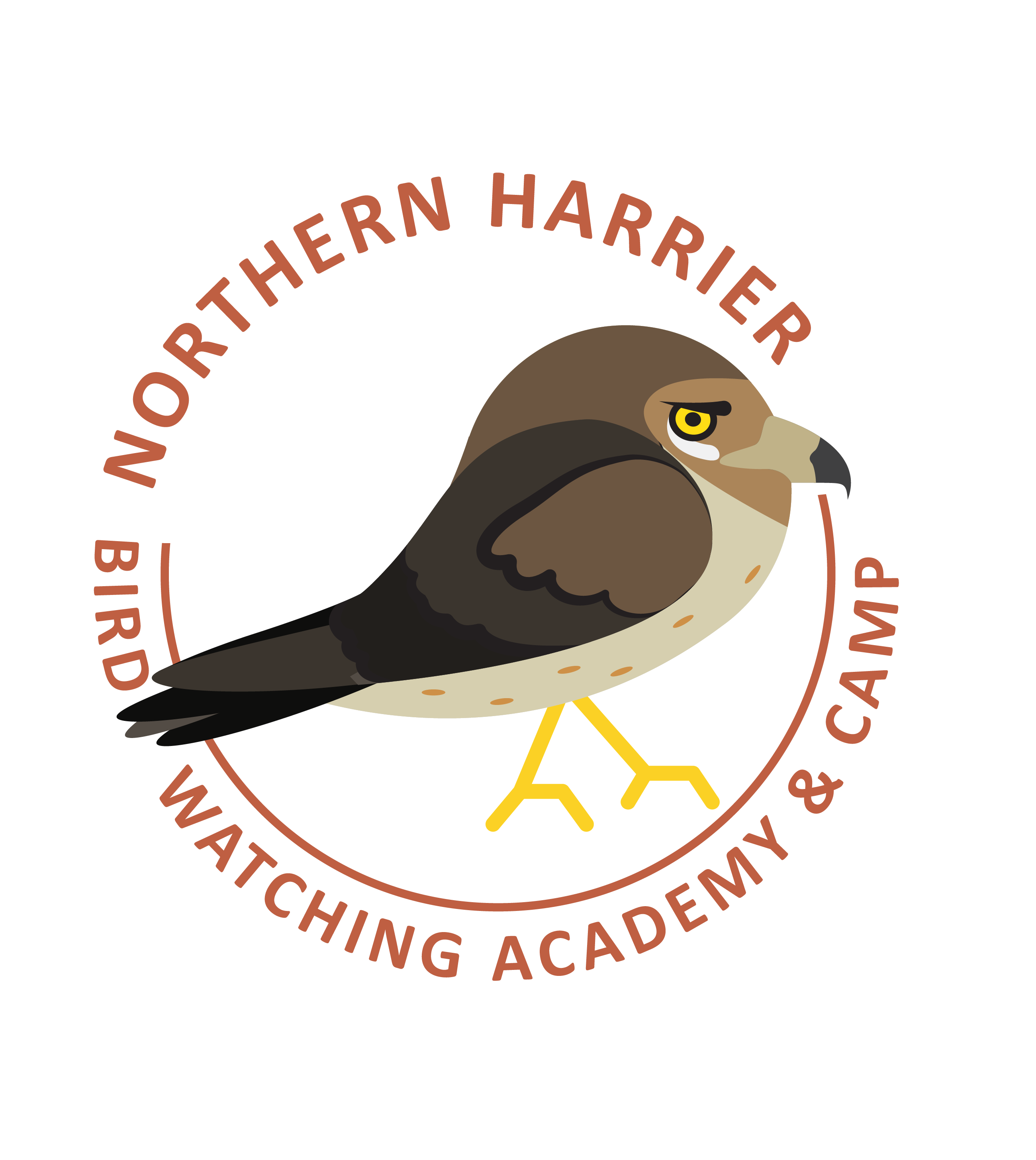 The Northern Harrier, also known as the Marsh Hawk, is a bird of prey. It is native to North America and has its breeding grounds in Canada and extreme northern regions of the United States. They are quite similar to the hen harrier and considered conspecific but taxonomic authorities split them into two distinct species. The marsh hawk has disappeared from many former nesting grounds especially in the southern regions of the range. Currently, their numbers are still declining in parts of North America.

Northern Harriers are medium-sized raptors that are around 18 – 20 inches in length. They
are slender and have long, broad wings that have a wingspan of 40 – 46.5 inches; in flight,
their wings showcase a V-shape above the horizontal plane. Their faces are flat and owl-like,
features further marked by their small, sharply hooked bills. All birds have a white rump
patch that is visible in flight. Males have gray upperparts and dark wings that are marked by
black wing-tips. Their long and rounded tails have a black band, which contrasts with their
whitish underparts. Females and juveniles are mostly brown with black bands on the tail.
While adult females have whitish underparts with brown streaks, juveniles have buffy
underparts with less streaking.

The males have a darker gray plumage when compared to that of the hen harrier while the female is darker and more rufous. Sometimes, the male is referred to as the gray ghost derived from its striking plumage.

They are relatively long-winged and long-tailed birds. This makes the birds have a long wing and tail relative to body size and makes them unique from any other raptor in the northern hemisphere. They have a body length of 41-52 cm and 97-122 cm wingspan. They weigh 290-400 g with the females reaching 750 g.

The bird can be seen flying slow and low over marshland and their wings held in a V-shape when gliding. The Marsh Hawk is distinctive from far away with its slim long-tailed body and a white patch at the base of the tail.

Males put up a display for their females during courtship by advertising their territory. It involves undulating rollercoaster-like flights to 1000 feet above the ground.

These raptors hunt on the go as they migrate. They course low over the ground and heavily rely on their sense of hearing to detect prey. During the breeding season, they consume small mammals, reptiles, amphibians, and birds. Preferred prey includes small mammals like voles, cotton rats, and ground squirrels primarily, but they also occasionally consume
passerine birds like sparrows, larks, pipits, and other small shorebirds. They have also been
known to consume larger prey like rabbits and adult ducks by drowning them in water to subdue them. Their amphibian prey is only an occasional part of their diet and includes frogs, reptiles, and insects. Wintering populations maintain a similar diet, with northern populations feeding almost exclusively on voles, deer mice, house mice, and songbirds like
meadowlarks. Southern populations also eat cotton rats, house mice, harvest mice, rice rats,
shrews, and songbirds.

These birds mostly feed on small mammals and birds but the diet varies with location and season. They specialize on voles, and rats among other rodents and they can take on other mammals like small rabbits. Birds vary from songbirds, flickers, doves, and ducks.

Bird watchers can find them in marsh, fields, prairies especially in open grounds whether on dry land or wetlands.

Northern Harriers are slim birds of prey that have had a good relationship with human
inhabitants for most of history. Many Native American tribes favored them over other hawks
because they ate mice that damaged crops and posed no threat to their poultry. These
raptors are found breeding throughout the northern parts of Northern America, ranging from
Alaska to all of southern Canada. Winters take them south towards the southern United States,
Mexico, and the western coasts of Central America. Some populations in north-western
The United States are resident birds and do not migrate. These birds are leapfrog migrants –
meaning that individuals from northern breeding populations winter further south than
individuals from southern breeding populations.

The females lay 4-6 eggs which are incubated by females only for 30-32 days when the eggs hatch. The young are nested for 30-35 days when they are ready to take their first flight. They have a lifespan of about 16 years.

It is unclear whether females or males choose the nest site, but both members help in
constructing the nest. The location is selected on the ground and is usually in a dense clump
of vegetation like grasses, sedges, reeds, bulrushes, and cattails. The males build the nest
platform and typically engage in the more labor-intensive tasks, while the females do the
inner lining and add the final changes. Both sexes collect material, but the females arrange
them to form the nest. The nest itself is built on a platform of thick-stalked plants like cattails
and alders. The inner lining utilizes grasses, sedges, and rushes.

The Northern Harrier is a great iron-on patch to start your collection with. The patches are durable and can be sewn on or ironed on to just about anything.

Stickers are a great way for you to display your love for bird watching and the Northern Harrier. We sell a monthly subscription sticker pack. The sticker packs have 12 bird stickers. These sticker packs will help your kids learn new birds every month.