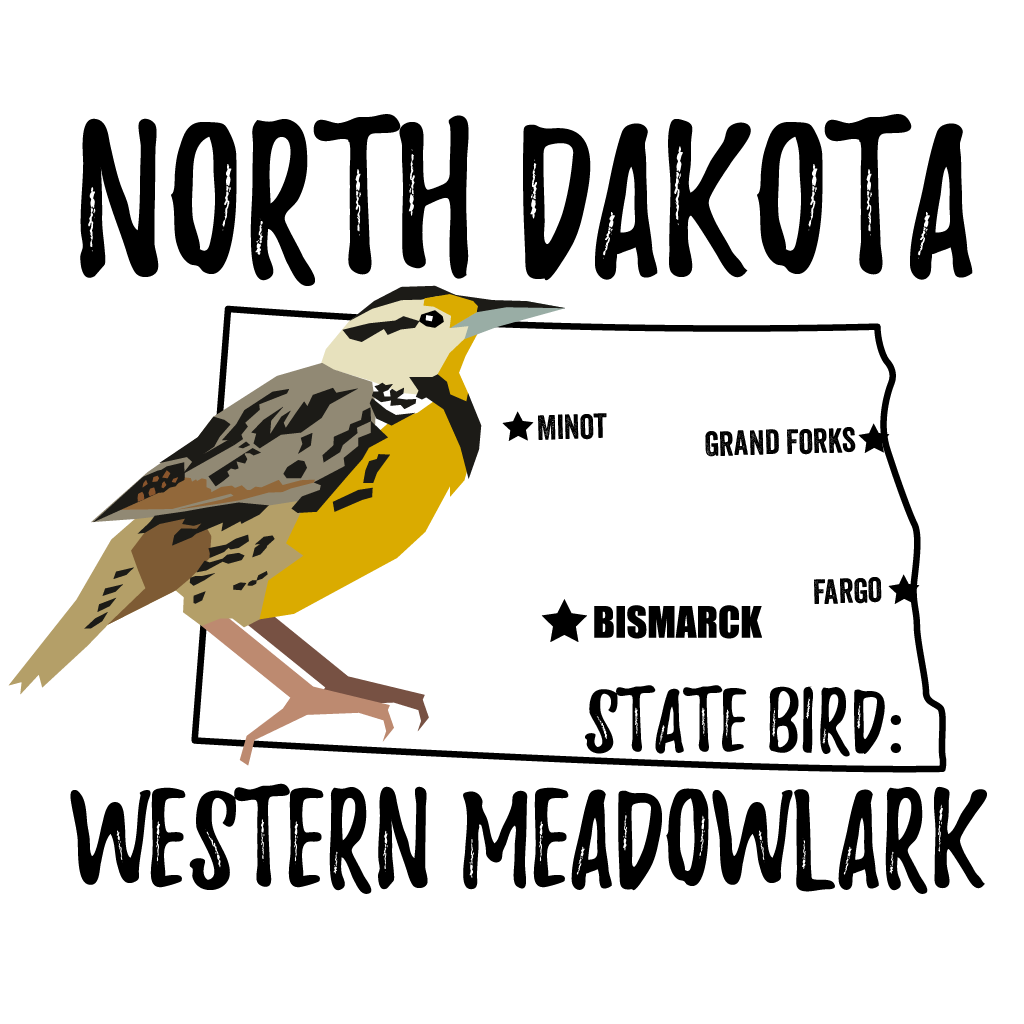 The 40th state to become a state of the US is North Dakota. The date for its legalization is 1889 of November 2nd. Bismarck is North Dakota’s capital.

North Dakota has a couple of nicknames. It is known as Peace Garden State, Flickertail State, and Roughrider State. The state bird of North Dakota indeed loves hanging out in the gardens.

What Is The State Bird Of North Dakota?

The North Dakota official state bird was decided in 1947. Many other states actually share the state bird. For good reasons, as the bird species is something most children in North America are familiar with. They are easily the first choice for many.

The best way to recognize the Western Meadowlark is the lemon yellow color of their plumage. The dark V shape black color across their neck also helps differentiate them from others. 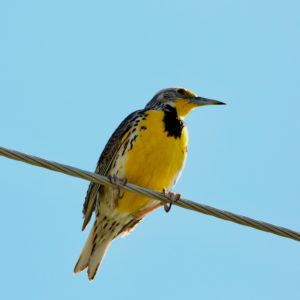 What Makes The State Bird Of North Dakota Unusual?

In some ways, the North Dakota state birds don’t have anything particularly unusual about them. However, their call has been revered for ages. Their sweet notes are known to essentially brighten anyone’s day.

Their appearance also raises some curiosity. After all, the lemon yellow color isn’t all that common among bird species.

The black color V-shaped mark across their neck isn’t seen much either. The sound of Western Meadowlark, along with their appearance, is what helps most bird watchers easily identify them.

Let’s learn some new things about one of the most beloved North American birds!

1. The feeding process of Western Meadowlark involves a technique known as gaping. During this time, they put their bill to the soil or the bark of a tree.

Then, using the force of their bill, they open up a space inside the bark or the ground. This process allows them to reach insects that would otherwise be impossible to get for most bird species.

2. Western Meadowlark and Eastern Meadowlark do share similarities when it comes to appearance. Yet, the two bird species are rarely seen intermingling among themselves.

While some breeding does take place where their ranges meet, it is not at all frequent. When captive breeding was done with the two species, it was noted that the young ones produced by them were all fertile. However, a lot of them never managed to hatch their eggs.

3. The roof of the nests of Western Meadowlark is actually made of grass. So, they keep themselves safe from predators this way. Sometimes, the entrance to the nest can also be seven feet long, keeping the nests away from any danger.

The North Dakota official state bird is happier in the meadows of North Dakota. They can be easily attracted to your backyard, though, with the right food combination. When you do manage to get them in your backyard, make sure they have enough food and stay long enough for you to take a good picture and listen to their sweet call.