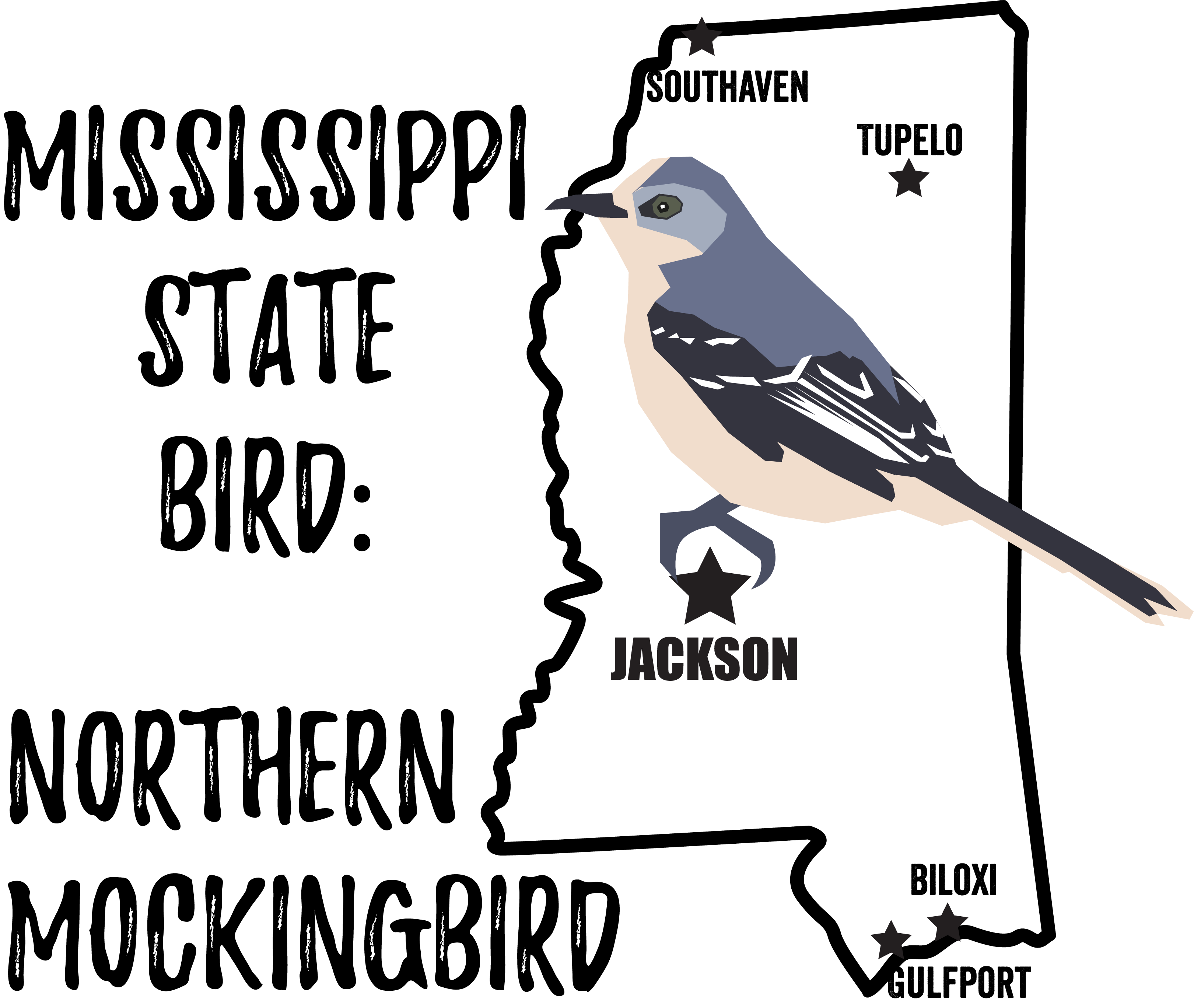 The 20th state of the US, Mississippi became an official part as of 1817, on a cold day on December 10. Jackson is the capital city of the state. The state is also called Magnolia state, which, as you can guess is the official state flower. What could the official state bird be then? Hint: It’s a species very common among US states.

What Is The State Bird Of Mississippi?

The Mockingbird has been the state bird of Mississippi since 1944. Mississippi shares its state bird with Texas, Florida, Tennessee, and Arkansas. Mockingbirds are known for their vocal skills more than anything else. They are small grey birds who announce their presence by imitating every possible sound in their surroundings.

What Makes The State Bird Of Mississippi Unusual?

They are called mockingbirds because of their ability to “mock” or imitate the sounds of other species. The vocal ability of a Mockingbird is extremely fine. It is known that they can even memorize 200 songs at a time. They can imitate the noises of other species, mostly birds. as well as mechanical sounds. In fact, they are so good that if you hear a Mockingbird without seeing one, you would never be able to tell f if it is an imitator rather or the actual bird species it is imitating.

Shouldn’t we get to know a little more about the Mississippi state bird?

1. In a year, Mockingbirds are seen singing at two different time periods. Their first bout of singing happens from February to August. Then, during the last quarter of the year, Mockingbirds are heard from September to November- a relatively shorter period of time compared to the first. Depending on which season it is, their song collection of songs might change. They have two different sets they sing based on the season. One is for spring and the other is for fall.

2. Throughout their lifetime, the Northern Mockingbird picks up on a plethora of sounds. They gain the ability to sing at least 200 songs, male Mockingbirds especially.

3. Northern Mockingbirds love showing off their wings. It is actually hard to tell for what reasons but sometimes, they either spray out their wings or at least half open it. It is theorized that they do this to scare potential prey, hoping the white color of their wings would startle them. This theory may not be true however, since other Mockingbird species, despite not having white streaks in their wings, can be seen doing the same.

The Northern Mockingbird is found all over North America. It is harder to not find Mockingbird in Mississippi than it is to find one. The Mississippi official state bird could be lounging in your backyard any day. If they aren’t though, you can lure them in with their favorite food in the feeder. You might also have to regularly check your backyard and listen for bird songs, even when the cry sounds like it belongs to a different bird. It could actually turn out to be the Mockingbird. After all, they are master imitators.