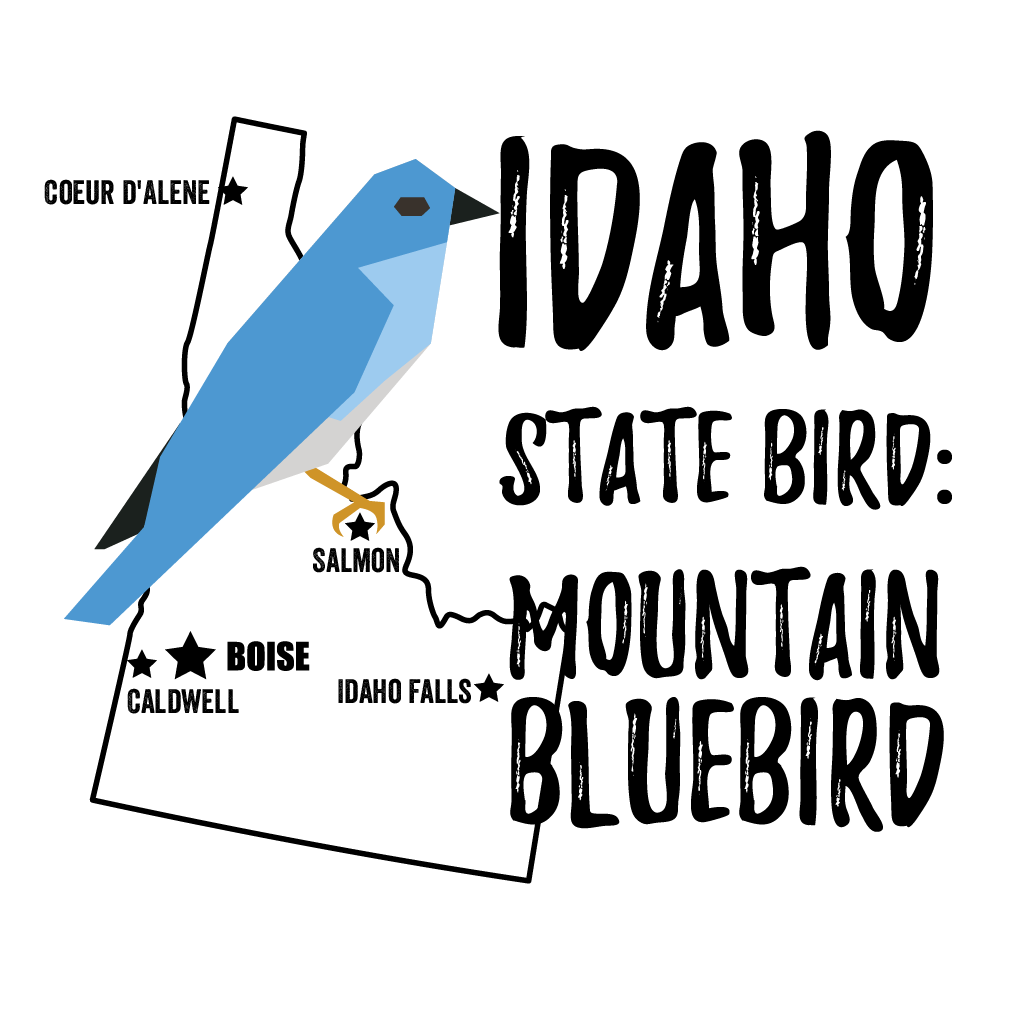 The Idaho state was given its official birth as one of the US states in 1890. It was the 43rd state to do so. The capital city of Idaho is Boise. The nickname of the state is particularly beautiful, as it is known as the Gem state. You might be curious about the official state bird of Idaho after learning all these mini facts. Let’s take a deeper look at which species owns the title and some random facts about it.

What is the State Bird of Idaho?

Idaho shares its state bird with Nevada, both appointing the lovely Mountain Bluebird in the role. The official pronouncement happened in 1931.  The small thrush is usually seen around open lands of America. During winter, it’s especially present in the colder habitats. For the male, the plumage is a striking sky blue. For the female, the plumage is gray with blue sprinkled on the wings and tail.

The female doesn’t take any help from the male while building her nest. The male actually pretends to do something for the nest, but he doesn’t ever get around to bringing the nest material, either dropping it on the way or not bringing it at all.

What Makes the State Bird of Idaho Unusual?

Wouldn’t the most unusual thing about the Mountain Bluebird be its appearance? In the open areas of northwest America, if you spot a bit of cerulean peeking from behind the trees, you would immediately know which species it is. The females have a more grayish appearance with some blue sprinkled on them. However, the males are bright blue and impossible to miss.

Let’s learn some new things about the Bluebird!

1. At one point, Mountain bluebirds were dependent on woodpeckers for their nests. They would make their nests in the cavities of the trees pecked by woodpeckers. Now, a massive amount of Mountain bluebirds have shifted to breeding in nest boxes created by humans. These artificial boxes are actually better suited for the weather in open areas and the open is small, so marauders don’t easily notice it. A lot of the vast knowledge we have on Bluebirds is thanks to the studies made on their artificial nesting sites.

2. For a female Bluebird, the nesting site is far more important than whether the male Bluebird is attractive or not. Their singing, flying or appearance don’t matter compared to where the nest is and how safe the nest is.

3. When a female Bluebird is in the middle of brooding and incubating, a male bluebird has to frequently find food for her. She will wait for her mate to perch nearby and then flicker the wing that’s far from him, signalling him that she needs food, which he will fly off to find.

The Mountain Bluebird is certainly a pretty sight to come across. If you happen to come across one in Idaho, you will want to take a picture. The burst of blue against the green backdrop of nature generally looks good. So, don’t forget to take your camera with you if you are an avid birder.