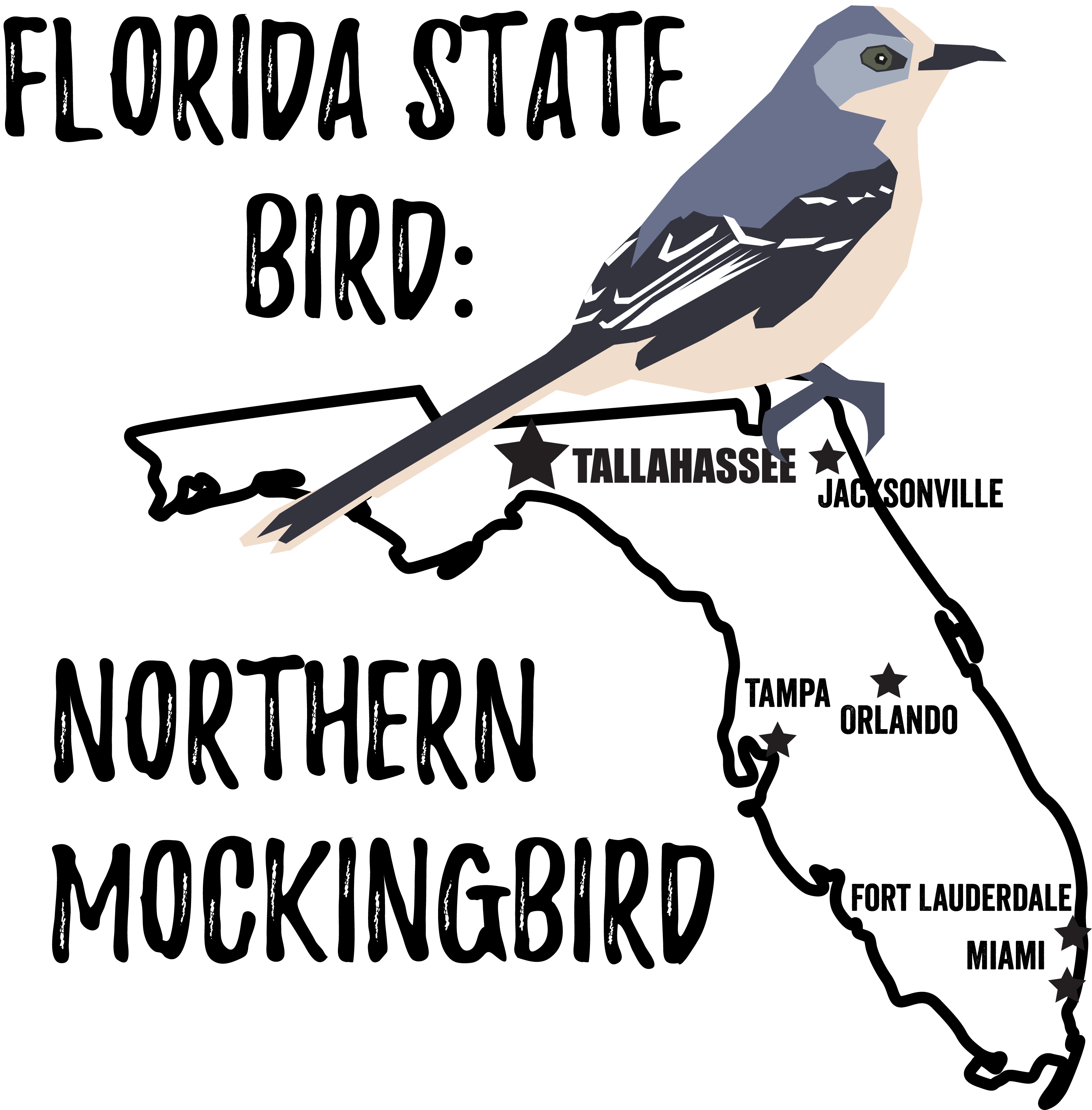 Florida was the 27th state in the US to get statehood. The official pronouncement occurred in the year 1845, exactly on March 3. Florida has Tallahassee as its capital state; as for the nickname, you can guess it right? Florida is known as the Sunshine State. Then, which bird do you think had the honor of becoming the official state bird of the Sunshine State?

What is the state bird of Florida?

Since 1927, the Northern Mockingbird has been the state bird of Florida. This is certainly a high-demand species, considering many other states have the same state bird.

These birds with a small body, an overall fluffy appearance, and wings with dark gray and white in them are also known for their voices. They are capable of singing over 200 songs, imitating any kind of sound they come across. This skill includes the sound of other birds and amphibians. Sometimes, if you hear the sound of a bird without seeing the bird itself, don’t be sure it’s the bird you are thinking of due to the sound and not actually a Mockingbird.

What makes the state bird of Florida unusual?

The Florida state bird is unusual due to its sheer vocal ability. They might be small, gray birds, but few bird species can compete with them in terms of personality. Not only are they capable of imitating the sounds of so many birds and other metallic noises, they are also known to be quite aggressive. Any time other birds try to encroach on their territory, they fly towards them slowly and with anger and aggression visible in their stance. It’s quite interesting to see these small birds react like that.

1. Throughout their lives, Northern Mockingbirds continue to learn one sound after the other. For a male Mockingbird, it could be entirely possible that by the end of their lives, they have successfully managed to learn at least 200 songs.

2. The Northern Mockingbirds do something we call the wing flash. In this case, they either half or fully open their wings in quick, rapid motions, showing the white stripes on their wings. It is actually anyone’s guess why they do so. There is a theory that they do this to startle insects or other prey but this seems to rarely work. Other Mockingbird species have also shown this same behavior, despite lacking the white patches, which is another point of interest for many.

Northern Mockingbirds are in abundance all over Florida. If you want to see this beautiful bird, you only have to look out the backyard of any place you are staying in the state. Sometimes, you might miss out on this particular bird though because you might mistake them for another bird species due to their perfected imitation.