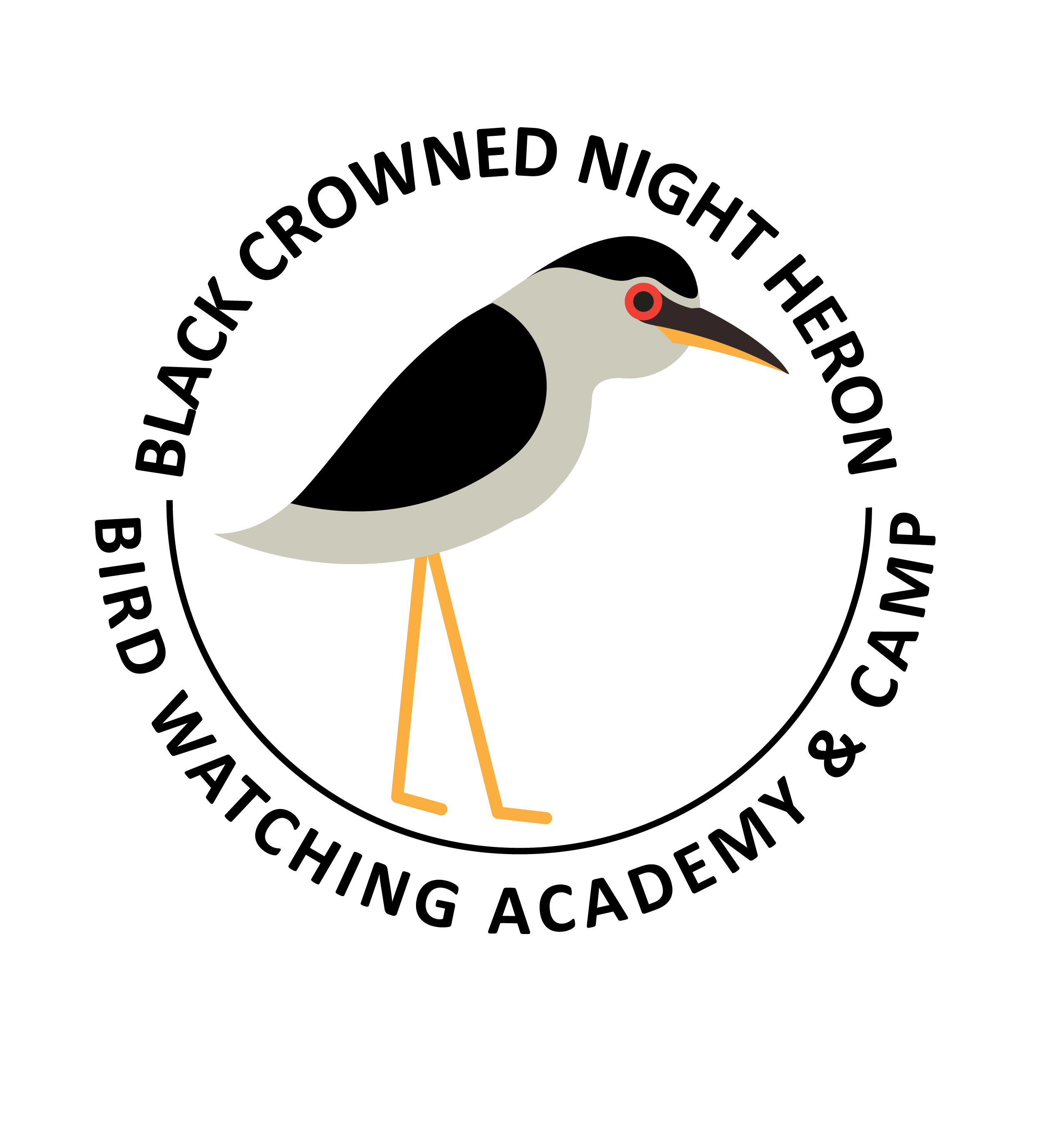 About the Black-crowned Night-Heron

These herons are common in wetlands in North America. They are mostly active at night and at dusk as they fly from their foraging sites. These social birds form groups hunched motionless in trees near water bodies. They feed at night since during the day they are dominated by other herons. They live in wetlands and are distributed across the entire globe. Some of their distinctive features include:

Black-crowned Night Herons are medium-sized herons with squat and thick proportions. The large and flatheads with thick necks and heavy, pointed bills. They are roughly 23 – 26 inches long with a wingspan ranging from 45 – 46.5 inches. These herons display little sexual dimorphism, with the males being slightly larger than the females. Adults have gray or white bodies with a black crown and back, along with gray wings and pale undersides. They have red eyes, yellow legs, and two or three long white plumes. Adults have black beaks while juveniles have yellow and black beaks.

Adults are primarily white, gray, or black with black upperparts and white underparts. Juveniles are brown with white dots on the wings. There is the presence of blurry streaks on their underparts. While adults have black bills, juveniles have yellow to black bills. Hatchlings have gray-olive eyes which turn yellow then to orange and bright red upon maturity.

Black-crowned Night-Herons have short legs, broad and rounded wings, thick neck, and flatheads. Their bills are heavy and pointed. They are larger than a green heron but dwarfed by a great egret.

Black-crowned Night-Heron spend much of their day hunched on tree limbs or branches near water bodies. They forage by walking slowly in shallow water. These herons forage from evening through the night. At certain seasons, they forage during the day. They breed in colonies mixed with other species such as egrets.

Black-crowned Night Herons get their names partially from their hunting practices. They are
nocturnal and feed between evenings and dusk, potentially to secure less competition from
its “daytime” cousins who feed on the same diet. They primarily consume many kinds of
terrestrial, freshwater, and marine animals. These can include leeches, earthworms,
crayfish, clams, mussels, fish, lizards, snakes, turtles, rodents, birds, and eggs. They can
also eat some plant materials when food sources are scarce.

Black-crowned Night-Herons diet mostly comprises of fish. They can also feed on aquatic insects, rodents, snakes, frogs, carrions, and squid. These herons can also cause trouble in colonies by feeding on other birds eggs.

These herons are most frequently found in wetlands, including salt marshes, freshwater
marshes, swamps, streams, rivers, lakes, ponds, lagoons, canals, reservoirs, and wet
agricultural fields. They thrive in aquatic habitats and warm climates and require thicketed
areas and terrestrial vegetation for sufficient covering for protection from predators. The
migratory birds tend to move from northern wetlands to coastal and marshy areas towards
the south.

Black-crowned night herons can be found in North American wetlands such as streams, lakes, reservoirs, and estuaries. They nest in thickets or on grounds in islands and on trees slightly above the ground.

Black-crowned Night Herons are stocky birds that are the most common heron in the world.
These birds are found in every continent apart from the frozen poles and Australasia. Their
breeding grounds lie in wetlands throughout the world, with migration patterns varying based
on where they spend their summers. The new-world herons that breed in regions of southern
Canada and northern and central United States winter in Mexico, Central America, and the
West Indies. The populations that breed in the coastal areas of the continent are endemic to
those regions and do not migrate. Similarly, the old-world herons in Europe migrate to
tropical African regions and South Asia for the winter, while native heron populations in both
Africa and South Asia are endemic to their regions.

Black-crowned Night-Heron females lay 3-4 eggs and both sexes incubate them for21-26 days. After hatching, both parents feed the young ones. They leave the nest after 4 weeks and fledge on the 6th week after which they can accompany their parents to the foraging sites. They have a lifespan of 10-15 years in the wild.

Black-winged Night Herons nest colonially and are often among dozens of other bird nests.
Males choose a nesting site over swamps, water, or on an island and begin to advertise it in
order to find a mate. The nesting site can be more than 150 feet high in trees, marshes, and
shrub vegetation. After mating, the females build the nests while the males bring them
supplies. Often, males may start building the nest on their own until they find a mate to
complete the project. The nests have a platform of twigs, sticks, and other woody vegetation.
The sturdiness of the nests is not consistent and may be strong or flimsy. An average clutch
size can have 3 – 5 eggs with an incubation period ranging between 3 – 4 weeks.

The Black-crowned Night-Heron is a great iron on patch to start your collection with. The patches are durable and can be sewn on or ironed on to just about anything.

Stickers are a great way for you to display your love for bird watching and the Black-crowned Night-Heron. We sell a monthly subscription sticker pack. The sticker packs have 12 bird stickers. These sticker packs will help your kids learn new birds every month.