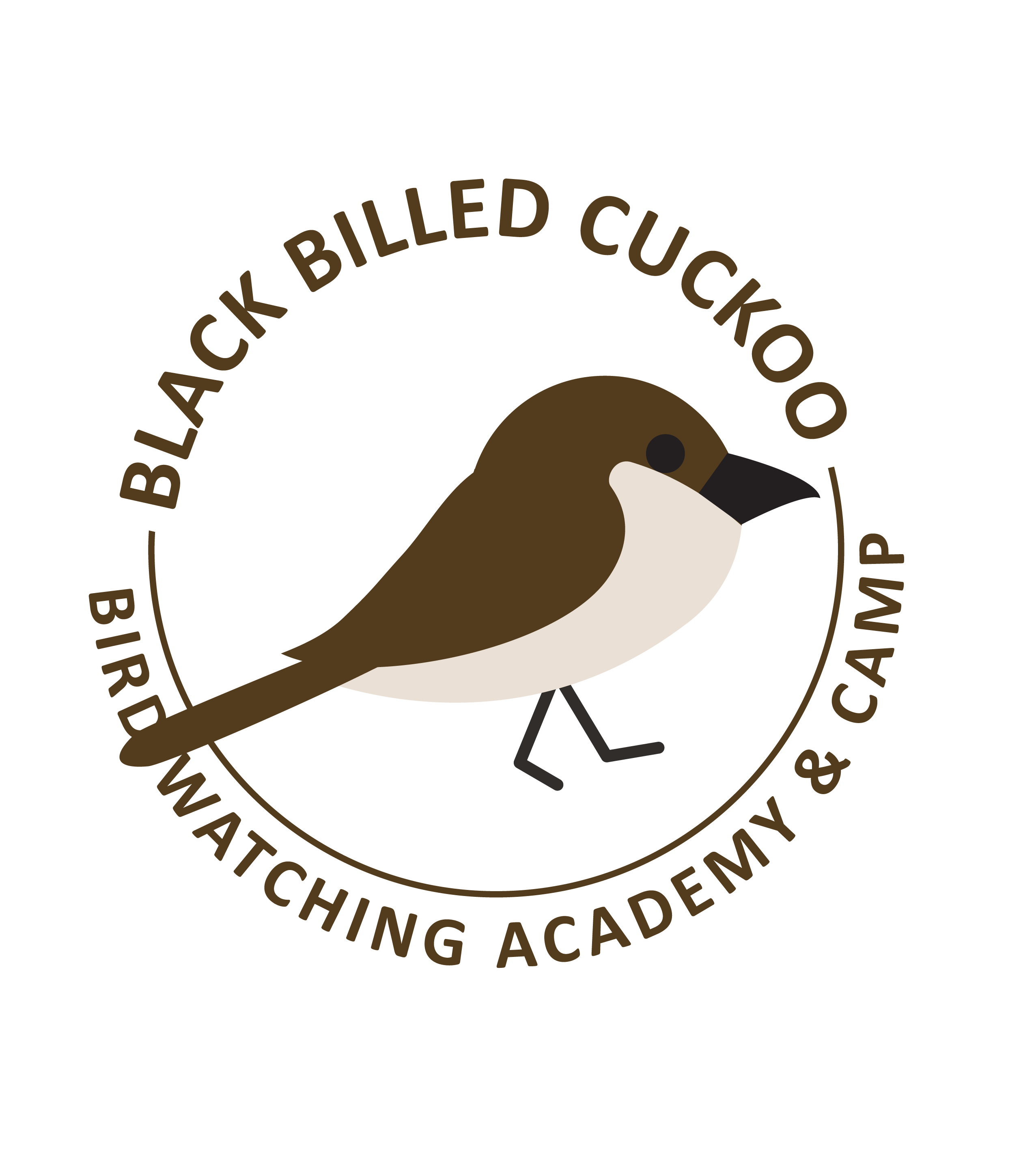 About the Black-billed Cuckoo

Sometimes called the “rain crow,” this uncommon and elusive bird when breeding can be found in the maritime provinces of Nova Scotia and Prince Edward Island. It is also present in moist woodland areas in the United States from Tennessee to Oklahoma. This vocal bird is known for its melodious staccato and its long motionless perches. Some of its distinctive characters include:

Black-billed Cuckoos are primarily brown with no cinnamon tones on their upper parts whilst white on their underparts. There exists a red ring around their eyes. Their tail which is primarily black on the upper parts, sandwiches central brown feathers.

Though smaller than a Crow, they are slightly larger compared to a Baltimore Oriole. They have a long tail that often lets them assume a hunchbacked posture when perching. They are slender and possess a slightly long curved bill. Both sexes are between 11 and 12.2 inches in length and weigh 1.4-2.3 ounces. They have a wingspan of 13.4-15.8 inches.

Black-billed Cuckoos are known to be sluggish and secretive. They can be found in dense vegetation, where they perch motionless on trees. Their nickname “rain crows” is derived from their behavior to call just before the rain starts. It often flies low, making short flights from tree to tree.

Black-billed Cuckoos forage for food in shrubs and trees. Insects form a major portion of their diet, but they also eat snails, bird eggs, and berries. These birds bang caterpillars against walls to remove indigestible hairs before eating them. Gypsy moths are not commonly eaten by birds, but they are an important source of nutrition for lack-billed cuckoos. Gypsy moths are indigestible for other birds due to their hair-like setae, but Black-billed Cuckoos can consume them because of their ability to shed their abdominal lining. Other organisms eaten by these birds are dragonflies, stink bugs, and fall webworms.

They predominantly feed on all types of caterpillars. They can also feed on insects such as grasshoppers, beetles, and other insects. They are also known to supplement their diet with snails, small fish, small fruits, and eggs of other birds.

Black-billed Cuckoos mostly inhabit wetlands and wooded areas. They can also be found in orchards and thickets of deciduous forests. These birds prefer habitats near bodies of natural water, such as rivers, streams, or lakes. Rarely, Black-billed Cuckoos can be sighted in golf courses or parks.

These birds can be found in dense thickets and woodlands where they breed. They prefer trees that are near water bodies. During migration, they flock to scrublands, orchards, thickets, and woodlands. During the courtship period, they can either nest on the ground or on low trees.

Black-billed Cuckoos are commonly found in America, East of the Rockies. Some of them can also be found further northward in Arkansas, Tennessee, Oklahoma, and North Carolina. During springs they can be sighted in the southern U.S. and in Central America. Their wintering grounds are in northwestern South America. Although these birds are mostly found in North America, there have been sightings of them in British Columbia, California, and Washington. Black-billed Cuckoos are also vagrants to Greenland, and western Europe.

After copulation, the female lays around 2-4 eggs and incubates them for 10-13 days after which they hatch. The young hatchlings leave the nest after 7 days which is considered to be too early compared to other birds. A Black-billed Cuckoo has an average lifespan of 4 years in the wild.

Males of Black-billed Cuckoos court the females by perching beside them with food in their mouths. This is followed by a “cucucu” call. Interested females will move closer to the males. After the female gives a “mew” call while flicking her tail up and down, the male hops closer to the female and mounts her. After copulation, the males might eat their food or present it to the females. In late May or June, these pairs will begin gathering materials to build their nests with small twigs. The nests are lined with leaves, pine needles, and empty cocoons. Black-billed Cuckoos are brood parasites, as they are known to lay their eggs in the nests of other birds. Both males and females participate in incubation for a period of 10-11 days.

Stickers are a great way for you to display your love for bird watching and the Black-billed Cuckoo. We sell a monthly subscription sticker pack. The sticker packs have 12 bird stickers. These sticker packs will help your kids learn new birds every month.