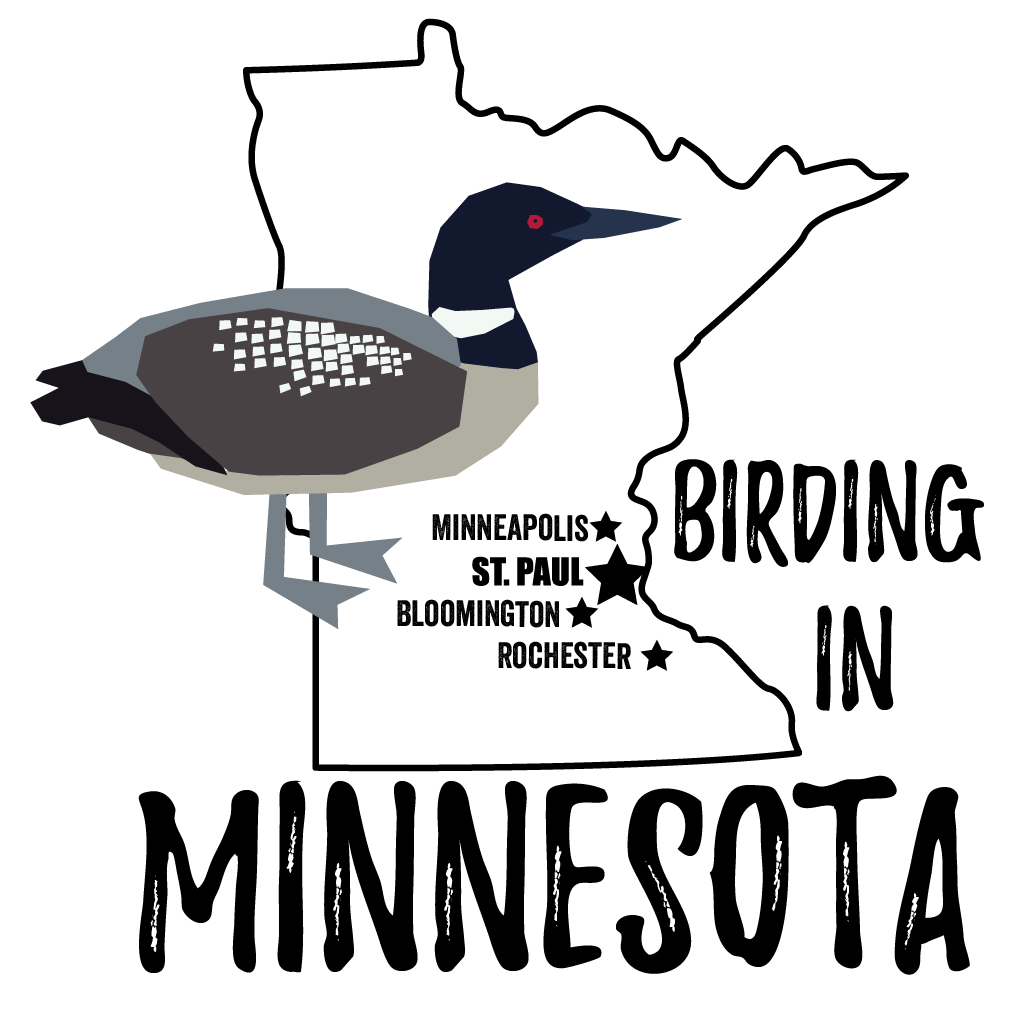 Minnesota’s temperature is a bit on the extreme side, swinging from extreme cold to scorching summer heat. Humans might find that unbearable at times but birds surely do thrive in these conditions. For a bird watcher, it means you can visit in any season and still meet some of the rarest species.

What Is The State Bird Of Minnesota?

In 1961, the Common Loons were entrusted the title of Minnesota’s state bird. Loons are a species with a black plumage with white stripes around the entire body except the head and really striking red eyes. They’re also quite large, with 3 feet of length and a wingspan of 5 feet. Due to the position of their feet, which is towards the back of their body, they tend to be a clumsy bunch while walking but on water and air, they’re some of the fastest birds to exist.

What Are the Top Bird Watching Spots In Minnesota?

Birds in Minnesota certainly enjoy lounging in one of the Audubon Important Bird Areas, the Agassiz National Wildlife Refuge is about 61,500-acre. The habitats include marsh, large pools, prairie, and aspen woods. The notable breeding birds of the area are Le Conte’s Sparrow, Connecticut Warbler and Sedge Wren.

Sax-Zim Bog isn’t just a great birding location in Minnesota but it can be considered one nationally. The land is divided into public and private areas so a lot of the birding is done by going through the roadsides, though there are certainly some exciting trails. The nesting birds range from Yellow-bellied Flycatcher to Boreal Chickadee and Gray Jay.

How Many Birds Can You See in Minnesota?

Minnesota’s overall bird species count touches 424. Of them, 352 flew over the county of St. Louis alone. Hennepin, Dakota, Lake and Washington counties also have a high count, with it being 336, 325, 305 and 302 respectively.

Park Point–Park Point Rec. Area is the designated hotspot of Minnesota, with birds in Maine reaching a count of 282 here. Agassiz NWR is a close second, not only because of the 261 species count but also the undeniably beautiful view. Izaak Walton Wetlands is for anyone who enjoys roaming around wetlands and would bank on the chance of seeing some interesting species among the 252 ones there.

Top Birds To See In Minnesota

Birdwatchers do look forward to seeing Trumpeter Swan in Minnesota. If there’s a way to describe the bird it’s majestic it looks. A completely white bird, you are bound to stare when you catch a glimpse of it.

An unusually loved bird of Minnesota is the Greater Prairie Chicken. While the species used to be common once, it’s now a rarity and protected in the state. It’s a chicken species that has some interesting color combinations and looks quite different from chickens. As a result, it’s hunted a lot. The species also lost lots of its habitat, adding to the extinction.

Common Birds To See In Minnesota

Ask a person of Saint Paul whether they have seen a Common Loon recently and the answer will always be yes. People of Mankato and Duluth are used to all kinds of Warblers. Northern Cardinals are also a commonly seen species in these cities.

In North America, the tallgrass prairie habitat is almost on the side of disappearance. Minnesota is among the few states left with some tracts and as such, that might be enough of an incentive for you to visit. After all, these tracts are where you’re likely to find Loggerhead Shrike and Greater Prairie-Chicken.