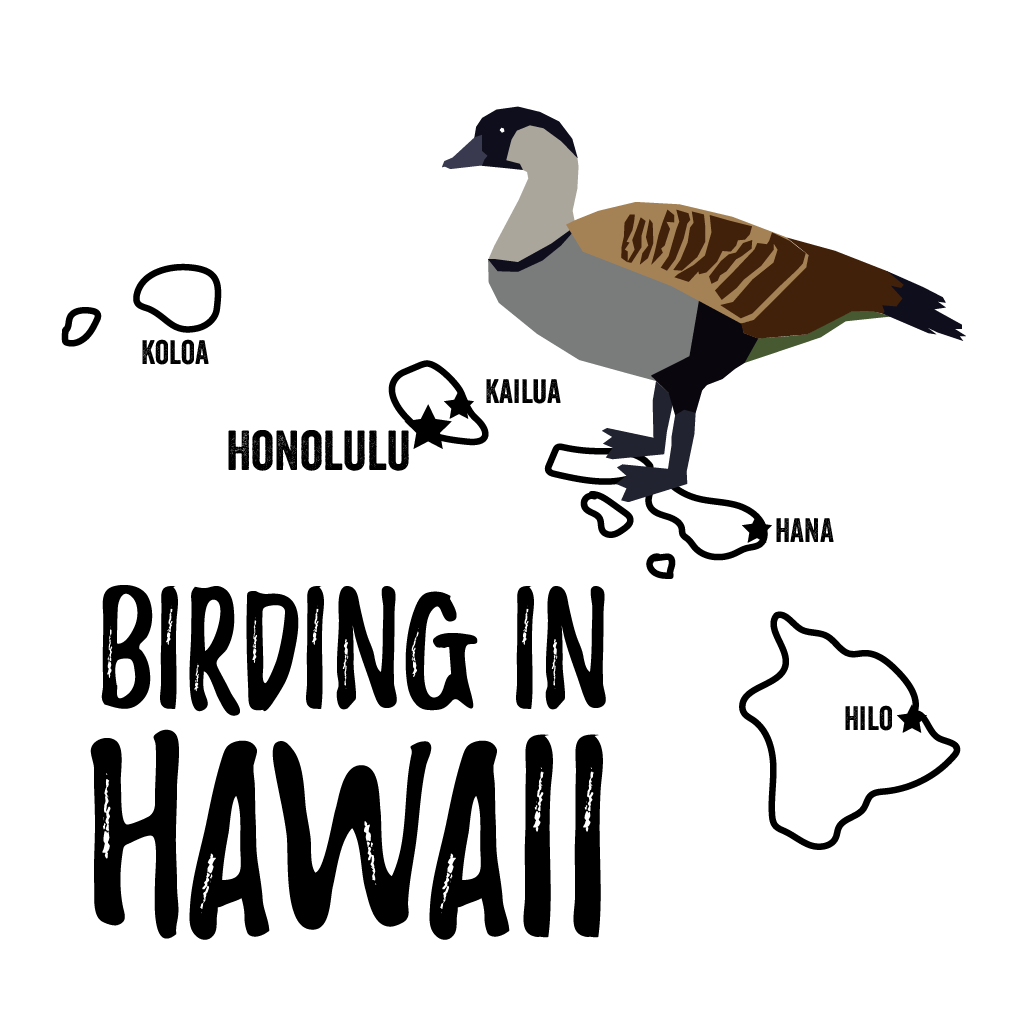 Hawaii’s current landscape is certainly the result of a past filled with bursting volcanoes. Now, it has all accumulated to make a space for bird watchers to come across some of the rarest bird species, not only in American but around the world.

What Is The State Bird Of Hawaii?

Designated as Hawaii’s state bird in 1957, the Nene is also known as the Hawaiian Goose. Nene doesn’t pay attention to any kind of predators or cold weather and seems to do things at their pace. They aren’t big on swimming or flying and as such, their wings aren’t strong in comparison to other Goose and their toes have gotten longer because of their walk on the rough surfaces of Hawaii. They also don’t have the webbed feet they used to have.

What Are the Top Bird Watching Spots In Hawaii?

Hawaii Volcanoes National Park is about 500 square miles. Recently, the park had to deal with two eruptions in two separate places. The outcome is that visitors can now learn about some interesting geological aspects, though some activities had to be restricted due to the eruptions. Hawaiian Goose and Pacific Golden Plover are among the birds you might see while driving down the road. Iiwi, Hawaii Creeper and Akiapolaau are among the native birds.

Kilauea Point National Wildlife Refuge is on the northern coast of Kauai’s, situated on the cliffs. Red tailed Tropicbird, Wedge-tailed Shearwater and Laysan Albatross are some of the seabirds a bird watcher can look forward to seeing here.

How Many Birds Can You See in Hawaii?

Hawaii is one of the states with a bird species count on the lower side. At most, 282 species have been seen in the state. Honolulu county is enough for you to catch a glimpse of most of it, with 214 species visiting the area. Hawaii county is just as good of an option, offering you the chance to see species you might not find in neighboring counties. The count is at 193 there.

James Campbell NWR is certainly the area in Hawaii with the most bird activity. Unfortunately, despite having a 127 number of species list, it’s a restricted area. The second spot to visit after it would be Kealia Pond NWR, though the species list drops to 115.

Top Birds To See In Hawaii

Palila is a bird with white plumage and yellow head. It’s on the small side and the beak and eyes of the birds are so close that you almost can’t see their eyes.

Hawaiian Honeycreeper is a red colored blood with a red bill. Another small bird, it has red wings.

Common Birds To See In Hawaii

Apapane is a common bird in Honolulu. Pearl City is used to Nene and Ele Paio. The common birds of Hawaii are uncommon in the rest of the world so you might have to reinterpret the definition of common. You do see a lot of Northern Cardinal in the cities though.

It’s a treat to see any kind of birds in Hawaii, for the birds in the state are completely different from the rest of America.