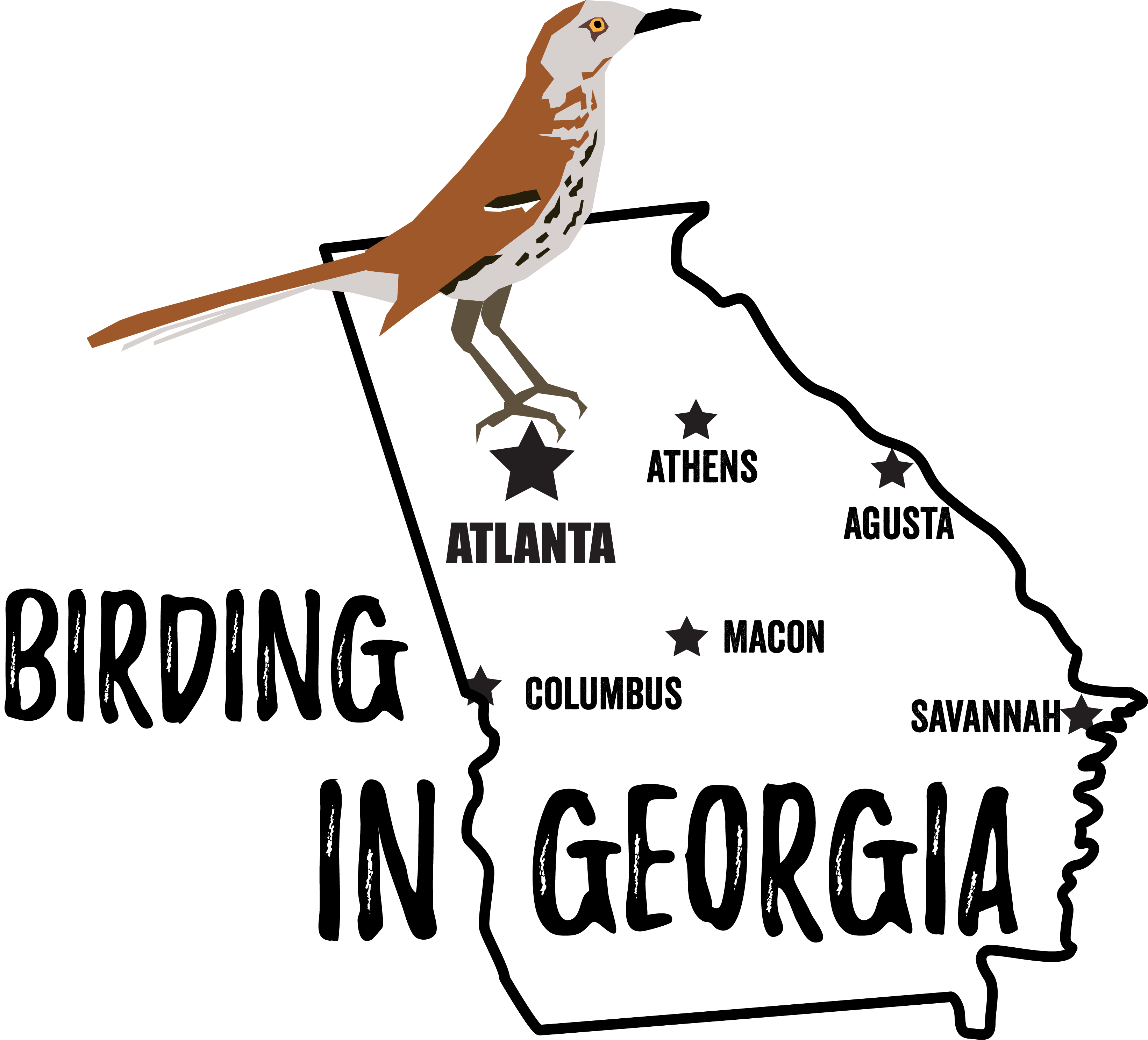 Bird watchers in Georgia can have their peak of the swamps or the woody mountains. Or it may be the coast where you can really have your fill, still untainted in many places in Georgia from hotels and houses, the coastline hosts a large number of songbirds and shorebirds. Let’s take a look at how you can get the best out of birds in Georgia.

What Is The State Bird Of Georgia?

While the Brown Thrasher was proclaimed as the state bird in 935, it wasn’t until 1970 that things were official. The Brown Thrasher is usually about a foot with a matching long tail and bill- the bill being quite curvy. The top portion of the bird is brown but the chest and underbelly area is white with sprinkles of brown. The wing bars also have a deep white color. 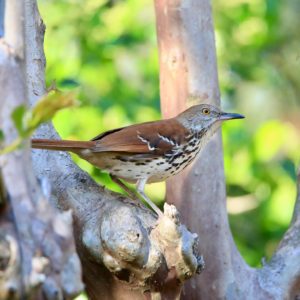 What Are The Top Spots To Go Bird Watching In Georgia?

Bird watchers hail Kennesaw Mountain National Battlefield Park as among Atlanta area’s busiest sites for migratory birds. In fact, this park was lucky enough to be designated as Georgia’s first important bird spot. For a beginner birder, you have the 1.2-mile of paved road you can walk up and down again and you’re likely to come across warblers, thrushes, vireos. At the end of April, you can be assured you will spot Cerulean Warbler at least once.

Ten minutes from Interstate 95, Harris Neck National Wildlife Refuge holds ranks among birds in Georgia’s top sites for bird watching with a record of 260 species. The forests, marshes, and ponds make for a great birding place throughout the year. The place has an auto-tour loop you can drive and hike through, with the chances of coming across Northern Parula, Wood Duck, Northern Bobwhite. The most sought after bird of the refuge is the Painted Bunting. This bird has such distasteful colors all over it that’s it somehow attractive for bird watchers in Georgia.

Among the state parks, Fort Mountain State Park has seen over 300 of the species, with Ruby-throated hummingbird and bald eagles among them.

How Many Birds Can You See In Georgia?

With a total of 431 bird species found in the state, the county of Glynn can boast about at least 359 among them. A close second is Chatham with 350 species, and Mcintosh with 330 species.

If you want to see a variety of birds at a place though, Jekyll island with 302 recorded species should be on your list. Then, you have Sapelo island with 267 and Harris Neck with 262. While Saint Catherines Island is also a hotspot with 266 species, it’s not a place that’s accessible to the public.

Top Birds To See In Georgia

Blue Jay’s striking blue color combinations are hard to ignore. Yet, the presence of the birds are often felt before they’re seen, all thanks to the heavy, rusty sound they emit. You’re likely to observe them in the frosted areas of Georgia.

Northern Mockingbirds are often found in Atlanta. As the name suggests, the birds are masters of mimicry.

The winter resident of birds in Georgia, Ruby-crowned kinglet, the male species show their red crown when they’re trying to attract potential mates.

Common Birds To See In Georgia

Red-winged Blackbird is one of the most common sites in Georgia. Places like Valdosta in southeast Georgia get quite a lot of visits from them. As the name suggests, the bird species have black bodies with red wings and bills. Common grackle and Tree Swallow are also seen in large amounts among the birds in Georgia, often peeking out from the trees.

If you don’t know where to go for bird watching in Georgia, you can always go to the shores. You’re bound to come across at least some interesting and colorful birds there.