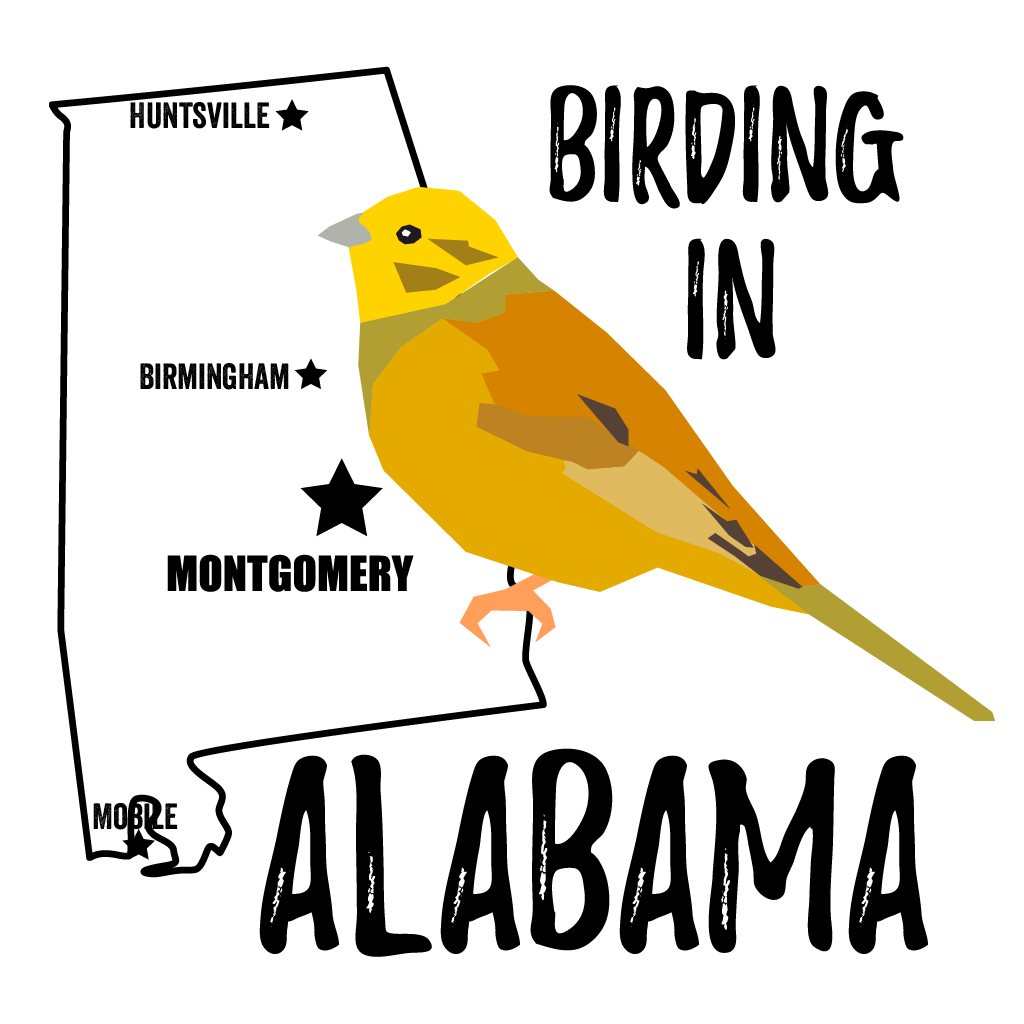 In the south, Alabama has a part of the Gulf Coast. In the north, some parts of Appalachians are a part of the state. Both of these sides can be interesting for bird watchers.

What Is The State Bird Of Alabama?

The Northern Flicker or the Yellowhammer became Alabama’s state bird in 1927. This is the only state where a woodpecker is the state bird. In fact, Alabama even has the nickname of the Yellowhammer state. The species have an interesting mingling of colors and is a common dweller in Alabama throughout the year. However, it has been noted that the species have been declining for  a while.

What Are the Top Bird Watching Spots In Alabama?

Bon Secour National Wildlife Refuge is in charge of protecting woodland, dunes, beaches and shrubs. It might not be as famous as Dauphin Island, but bird watchers certainly enjoy spring visits to the area. The endangered Snowy Plover seeks refuge here. You will also find Common Ground-Dove, Osprey and Brown Pelican among many others nesting here.

Cheaha State Park is about 60 miles away from Birmingham. A bird watcher is likely to come across Black-throated Green Warbler, Scarlet Tanager and Prairie Warbler here.

How Many Birds Can You See in Alabama?

Birds in Alabama currently can be totaled up to 452 species. Of them Baldwin without a doubt has the highest number, a whoopin 400. The counties Mobile, Lauderdale, Colbert and Barbour are the areas with the highest species count after Baldwin. The numbers are 374, 302, 297 and 291 for these four.

Top Birds To See In Alabama

Snowy Plover is a top bird of Alabama as it is an endangered species. It’s completely a small white bird and one you should do your best to not startle. It is hard to spot this one but every birding trip in your life will feel worth it when you do.

Killdeer is a small bird with black and white stripes around its neck. It’s those stripes that differentiate it from a lot of species, for the bird is mostly normal in appearance, with a brown shade. The chest of the bird is also white in color. The species also tends to stay on the ground for the most part, which is another thing you should be aware of.

Common Birds To See In Alabama

Birmingham and Montgomery are cities frequented with Northern Flicker, Eastern Bluebird, Carolina Wren, etc. All backyard birds that you are probably used to seeing in your state but just as good to see in Alabama, simply owing to how pretty they look in the backdrop of the scenery of the state.

The north side of Alabama is more scenic while the south is more rugged. Both sides have something to offer and a bird watcher looking for birds in Alabama, we owe it to ourselves to experience both.