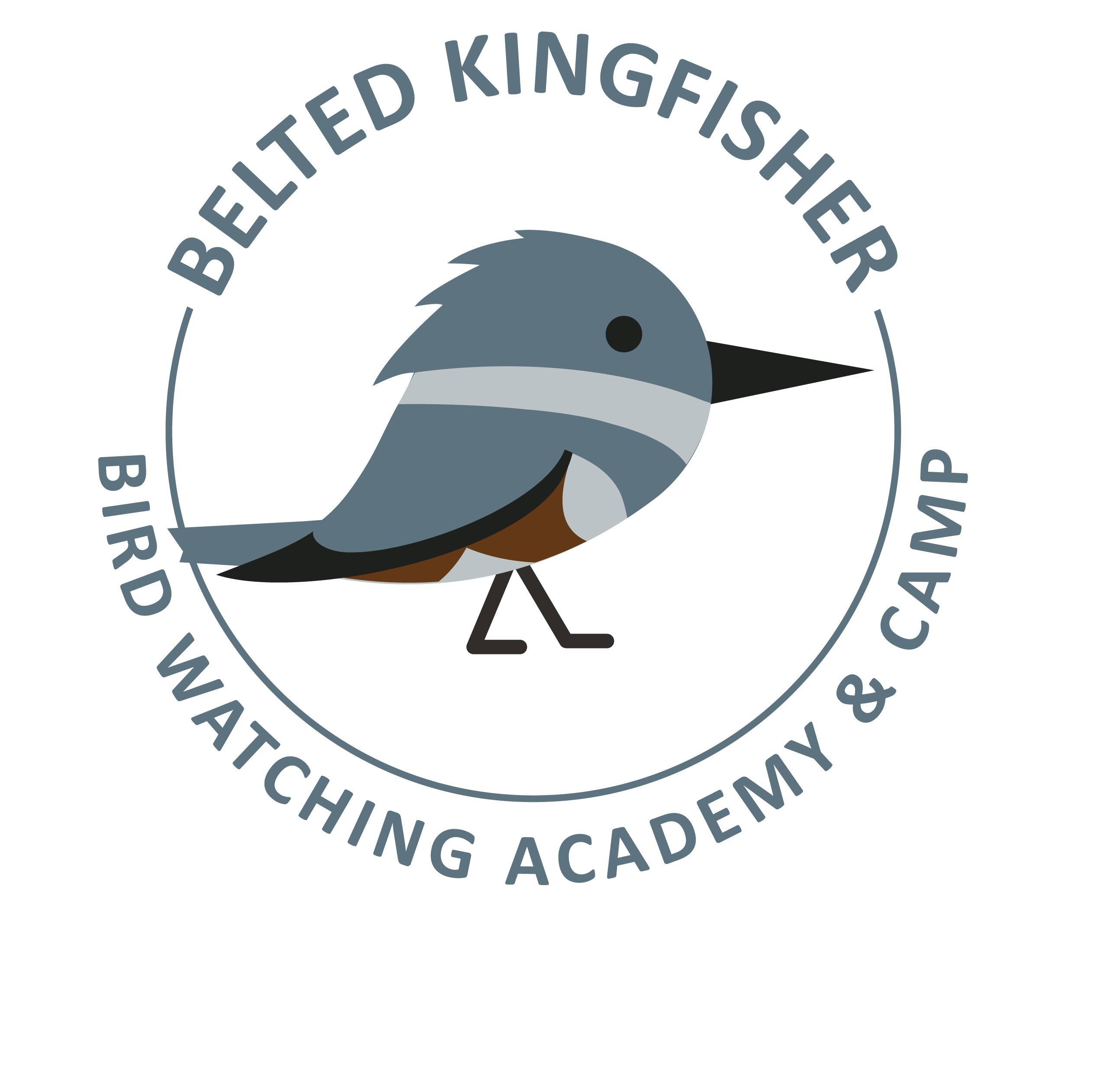 The Belted Kingfisher is the largest and most conspicuous among other water kingfishers. They are dominant in Central America all year round and may be spotted in the southern side during winter. Their breeding grounds are found in the far north of the United States and parts of Canada. There is a decline in their numbers attributed to the interference of nesting grounds as well as disturbance during their breeding season.

The Belted Kingfisher has a powdery blue ragged crest. The female has a blue and chestnut band across their chest while the male has one blue band across their white breast. Both have white underparts while the back of their wings is slate blue with black accents at the tip of their feathers.

Belted Kingfishers are full of energy in flight, and their call is a sharp rattle. They are heavy on top and seem pretty confident as they strut along shorelines and river banks. The males have a blue stripe across a white chest, and females have both a blue and a light brown band. It’s not known precisely why this difference in coloring occurs as males are usually the more colorful in bird species. Their bills are hefty and straight, and they boast blue-gray crests on their heads. The crest on the male is more prominent than that of the female.

They have a length range of between 29-35 centimeters while their wingspan is between 48-58 centimeters. Their weight ranges between 133-178 grams with the females being a bit heavier than the males.

The bird commonly perches on posts, trees, and other suitable watchpoints as it preys for food. This is often near water bodies like rivers, lakes, seas, and ponds. Once they spot the prey, they plunge headfirst into the water and catch it. When they are not perched, you could see them patrolling up and down river banks and shorelines in search of food.

Suggested by their name, their main diet is fish. The fish ranges from the stickleback, trout, stone rollers to mummichogs. They can also eat crayfish, crustaceans, and mollusks. If not eating fish, they are eating insects, amphibians, reptiles, and young birds. The diet of a Belted Kingfisher is mostly fish of less than 4 to 5 inches in length, like stone rollers, trout, mummichogs, and sticklebacks. They are known to eat other creatures, such as insects, amphibians, young birds, small mammals, reptiles, crustaceans, mollusks, and even the occasional berry. They sit up high over the water and look for fish they can catch close to the water’s surface. They dive into the water with their eyes closed and use their bill-like pincers to catch their prey. When they get back to shore, they hit the prey against their perch before they swallow it. It goes down headfirst. Nestlings can digest the scales and bones they eat, but as they age, they start to regurgitate fish skeletons and invertebrate shells in pellets.

The Belted Kingfisher can be found along rivers, streams, coasts, and bays while they build their nests just along the banks. They prefer areas with clear water so that they could fish easily. Kingfishers are superior hunters of water prey, and they live in areas with clear water that lets them view what they’re hunting under the water’s surface. They like perches close to the shore without a lot of vegetation that could obstruct their view of the water. You’ll find them close to calm ocean waters, estuaries, lakes, rivers, streams, and ponds.

Belted Kingfishers spread out across most of North America during the breeding season, and you’ll find them as high as 9,000 feet in elevation. During the winter, they live in brackish lagoons, swamps, and mangroves in the areas of Central America in which they winter. During migration, some may stay the winter far up north if the water remains unfrozen. They may travel to the southern coast of Alaska, and bird watchers have seen some from North America in Central America, the West Indies, and the northern part of South America. Those that migrate stick close to lakes, shorelines, and rivers.

They lay 6-7 eggs during their brooding period. The eggs remain in incubation for about 23 days then hatch. The young ones are fed by both parents till when they are ready to take flight which is in 27-29 days. Their lifespan is not yet known.

These birds dig burrows in banks, usually without vegetation that makes it hard to dig. They like to be near the water, but they may also dig holes in sandpits, landfills, road cuts, ditches, or gravel pits far away from any body of water. When the court, a male and female Belted Kingfisher may choose a nesting site together, typically up high so their nest won’t wash away during floods. Males and females dig the burrow, but the male does about twice as much work. They can finish it in about 3 to 7 days, but it could take up to around 21 days. The Burrow is between 3 and 6 feet deep, and it slopes upward so rain won’t puddle in it. The chamber isn’t lined and is around 8 to 12 inches across and 6-7 inches in height. The undigested food they regurgitate can pile up and offer insulation over time.

The Belted Kingfisher is a great iron-on patch to start your collection with. The patches are durable and can be sewn on or ironed on to just about anything.

Stickers are a great way for you to display your love for bird watching and the Belted Kingfisher. We sell a monthly subscription sticker pack. The sticker packs have 12 bird stickers. These sticker packs will help your kids learn new birds every month.