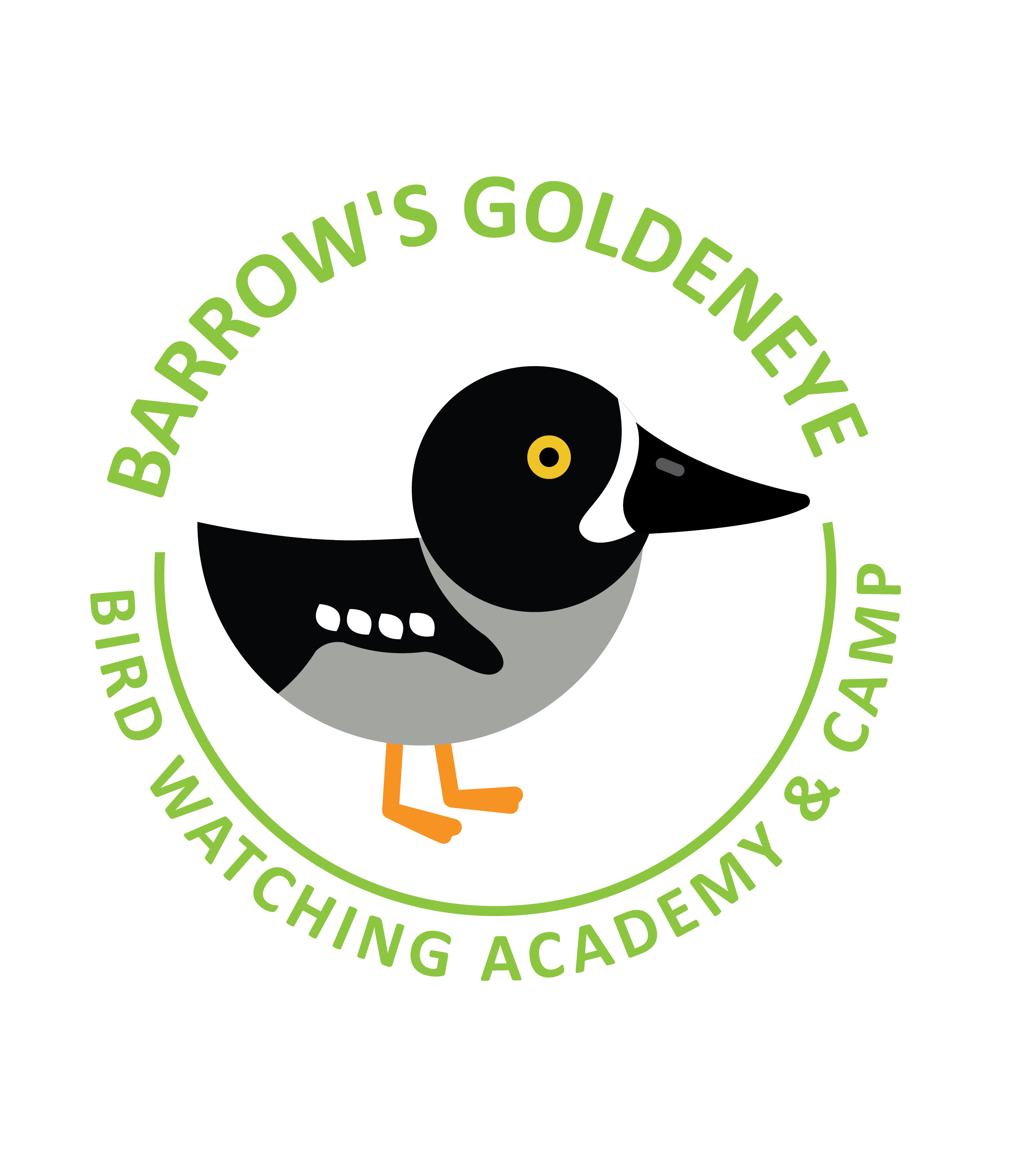 Barrow’s Goldeneye is a medium-sized black and white diving duck that was named after Sir John Barrow, an English statesman, and writer. It was first described by a population is living in Iceland. However, it is primarily a duck from the western mountains of North America.

These are the most conspicuous ducks. The male barrows are black and white with hints of purple on the head, a prominent crescent on the face, and a row of white windows on the shoulder. The females of the species are gray with brown tops, and a bill that has an orange and yellow tinge. These strange-looking birds seem like their head is out of proportion size-wise, in accordance with their bodies, hence making them easy to spot.

Their color pattern is different for both sexes. The male adult has a purplish head and a white crescent-shaped patch on the side of the face that spreads to the base of the bill where it’s thin at the tops and rounded at the bottom. Its sides and underside are primarily white while the upper side is mainly black with a series of white squares on the wings. It has golden-yellow eyes.

The female has a chocolate brown head, gray back, wings and tail, and white underside. Its eyes are a hue between pale yellow and white.

They feed by diving and swimming underwater and at rare times by dabbling in shallow water. They form pairs mostly in winter months where the several males may court one female in a common display in the water. Displays include a circular pumping motion of the head, turning from side to side and of course flapping their wings. The females select the nest sites which are often in large tree cavities and rock crevices.

Aquatic Invertebrates are a very popular food among these birds. Their diet is highly seasonal. In the winters, they eat mainly mollusks, such as blue mussels and periwinkles. Small fish like sculpins are also consumed by them in this season. Changing the diet in the winter season, they mainly feed on the insect larvae of mayflies, dragonflies, backswimmers, etc. Their summer diet also includes a miscellaneous range of living species such as crayfish, isopods, amphipods, vegetation such as rushes, celery, pondweed, etc. Barrows, dive into the water and search for their prey underwater, they then tend to dislocate some rocks and stones while foraging and usually bring the food back to the surface to devour, especially the larger fish. Fish eggs are also enjoyed by these species whenever available.

Their diet varies with their habitat and season. While on freshwater, they feed on aquatic insects such as dragonflies and larvae whereas when out at sea, they mainly eat crustaceans and mollusks. During the summer and fall, they also feed on a lot of plant material such as pondweeds.

Barrow’s Goldeneyes inhabit and breed in the ponds, freshwater lakes, and small slugs in the alpine and subalpine settings of coniferous woodlands which have an average altitude of 6100 km. The preference for breeding lakes is those surrounded by plentiful trees. Balsam Fir, white birch, and black spruce are the forests whose lakes they are spotted in. They also reside in bays, harbors, or near mussel beds.

Barrow’s Goldeneye can mainly be found in lakes and ponds. During the summer months, they like to breed in cold inland waters such as rivers and small lakes, mainly in forested regions. In winter, they tend to breed mainly in shallow coastal waters.

The Barrow’s Goldeneye species are mainly found in the Western mountain ranges of North America. They are also found in parts of Canada and Iceland. They tend to migrate towards the end of the fall and early spring season. These birds usually take halts on large lakes or rivers while migrating. Goldeneye often fled to marine areas that have estuaries, sandy/rocky substrates, and bays during the winters. They are highly adapted to the changing climatic conditions in recent years. Some can also be spotted wintering on cold waters, towards the south of the Colorado River.

The selection of a suitable cavity for building the nest is done by the females of these species. They even tend to reuse cavities used the year before if the nest they made that year was successful. They choose dead trees lying near water bodies to build their nests. They are usually 6 to 48 feet above the ground, depending on the individual preference of the bird. The Barrows Goldeneye use readily available nest cavities often and usually start forming their nests in rock crevices, haylofts, or hollow tops of trees. Responsibility for the nest completely falls on the females and makes sure to use the remnants of the materials used by the previous nest occupant. She even tends to add her own feathers to provide cushioning.

Stickers are a great way for you to display your love for bird watching and the Barrow’s Goldeneye. We sell a monthly subscription sticker pack. The sticker packs have 12 bird stickers. These sticker packs will help your kids learn new birds every month.