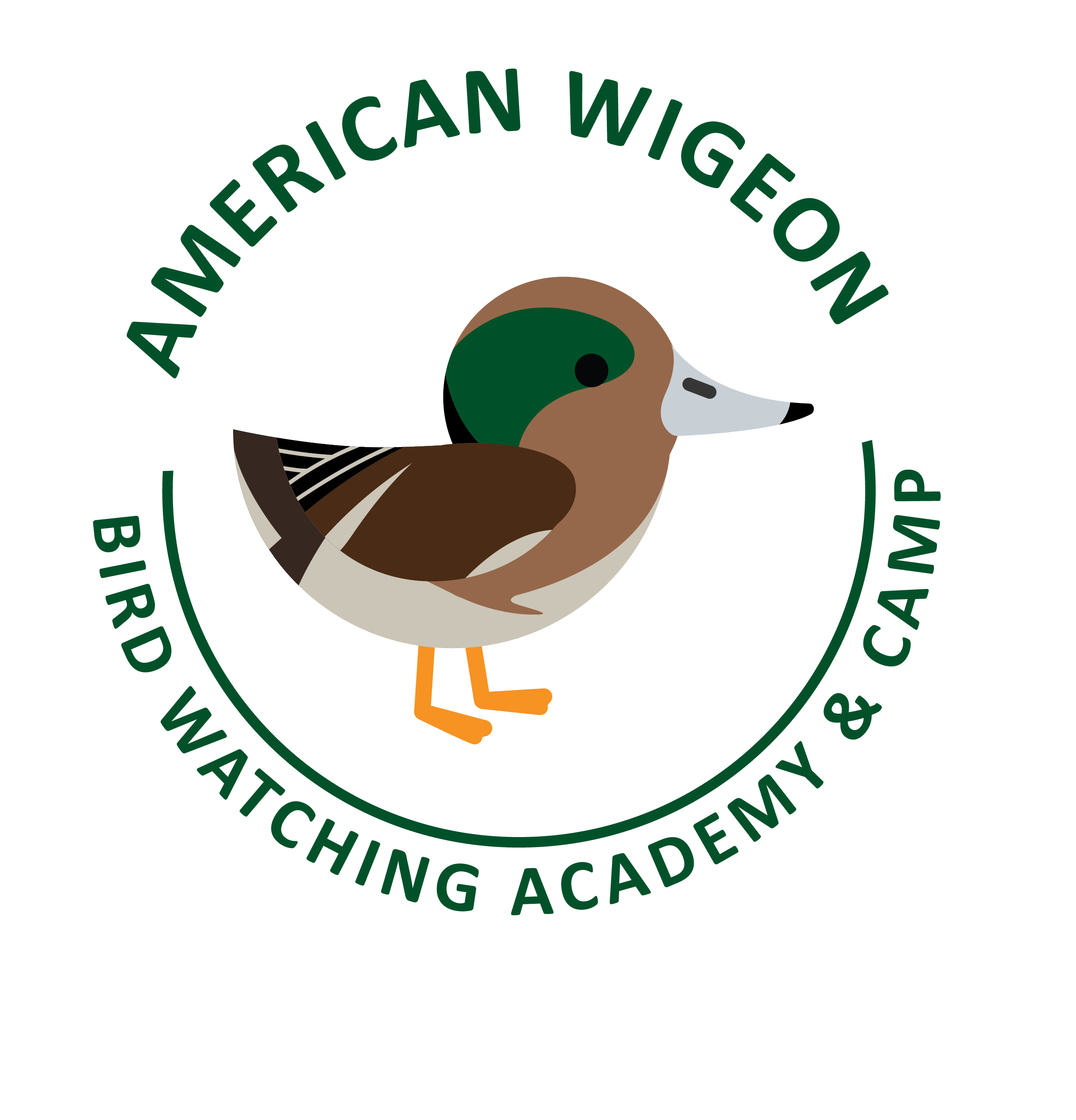 American Wigeon, previously known as “Baldpate” because of its conspicuous white crown, is a dabbling duck that often graces quiet lakes and wetlands. They spend a lot of their time in deep water where they get most of their food by stealing it from other birds. However, they also spend a lot of their time grazing on land in flocks, which to some people can be considered paradoxical behavior.

They are small short-billed duck that has a round head. Its body color is reddish-brown while its head is speckled grayish. While females have plain heads and male heads are patterned boldly. The color of its bill is blue-gray that is bordered with black around its base. Their feet are dark gray. Their wing patch has an iridescent green color which sometimes looks black with the forewing that looks white. The male species are usually distinct as they have black under-tail coverts with a white forehead with a band that sweeps back from the eye and is iridescent green colored. They were also known as Baldpates.

The breeding male has a green eyepatch, a white belly, and a trail of white running from the crown of its head to its bill. The female plumage is gray-brown around the head with warm browns on its bodice and a smudge around the eye.

It is a noisy species and can easily be identified by its distinctive calls. Drakes (male bird) produce a three-note whistle whereas hens produce deep grunts and quacks. When they complete breeding, successful Drakes and unsuccessful females head to large lakes in the North where they spend around 35 flightless days growing new feathers after which they travel south. Successful females and juveniles stay in their breeding environment and grow new feathers. They assemble in groups on wetlands where they feed on aquatic vegetation.

Mostly, they feed on plant materials, moreover on budding roots and seeds. They also feed on seeds found in agricultural areas. It is found that these Wigeons are mostly planted eaters besides they also feed on aquatic invertebrates. They also have a habit of stealing food from diving ducks. They feed by day or night and also pick food from the surfaces of land. It is found that they sometimes eat snails and insects too. Young Wigeons feed on insects. Much of their time is spent grazing on lands.

While on water, they feed on mostly plant material such as sedges, wild celery, eelgrass, pondweeds, and algae among others. On dry land, they graze on grass, seeds, and occasionally some insects and snails.

American Wigeons mostly prefer large inland marshes in the summer season when it is very dry and hot. While they are migrating in winters, their choices are mostly freshwaters and salty water wetlands. Commonly, it is observed that they mostly graze on lands but they also prefer spending more time in deep waters even more than dabbling ducks. They are mostly found breeding in freshwater wetlands in the northern parts of Washington. They are also found on coastal estuaries, lakes, bays, and often fields.

Throughout the year, they can be found in freshwater wetlands, flooded fields, and slow-moving rivers. During winter and migration, they tend to reside mostly on fresh marshes, inland lakes, and ponds.

American Wigeons mostly travel by day in flocks. Also, when it is very hot during the summers, the male Wigeons fly to very distant places such as large open marshes. These are the places where they stay while they may be at the flightless stages of their molt. Whereas southward migration in western parts of the U.S., is not so rapid, while some numbers in the southern part of California do not even reach the peaks by the end of the year or the beginning of the new year.

When it comes to nesting, most of the formation of pairs starts on wintering grounds. While birds that are elder start forming pairs before migrating in spring. many of the male species try courting a single female. In a single display, they bring their neck forward lowering their head, opening the bills, while opening wings that were folded that show their wing patches. Nesting often is started very late by them even late than most of the dabblers. Their nests are sited on dry land, also on the island usually within the range of 100 meters of water but sometimes half a mile away. Their nesting sites are usually in tall-growing vegetation. Nests are usually made by females from grasses, weeds.

The American Wigeon is a great iron-on patch to start your collection with. The patches are durable and can be sewn on or ironed on to just about anything.

Stickers are a great way for you to display your love for bird watching and the American Wigeon. We sell a monthly subscription sticker pack. The sticker packs have 12 bird stickers. These sticker packs will help your kids learn new birds every month.